After Pocari Sweat – Bintang SMA animated ad became viral on social media, another animated commercial has also been getting attention in Indonesia. This time, it is BRANZ Mega Kuningan commercial that promoted the construction of a luxurious apartment complex located in Mega Kuningan business region, Jakarta.

But the latest trailer published last week (5/11), also teases “special Japanese animation” to be released in 2020. The video’s description on YouTube mentions that the anime will be released on YouTube. Detailed information about who is producing the animation has not been announced yet.

The reception of the its Youtube comment section has been positive. At the time of this writing, the video has been watched more than twelve thousand times. Most of the comments are written by Indonesians. They mostly praise the sound direction and animation. Some of them also appreciate the Indonesian culture included in that trailer.

The trailer hints that the BRANZ Mega Kuningan animation will tell the story of a young man who works on Tokyu Land Indonesia and a young girl who currently lives in Tokyo but really loves Indonesian culture. The trailer also shows some Indonesia-related cultures like Batik and Sembah Lampung traditional dance. Tokyu Land Indonesia is also the company responsible for the construction of Mega Kuningan apartment complex.

BRANZ Mega Kuningan is an apartment complex that planned to be built on Kuningan, South Jakarta. It branded itself as modern, high quality and luxury condominium for enriching urban living. The construction was first announced in December 2018. In February 2019, it was reported that 160 units of BRANZ Mega Kuningan have been sold. 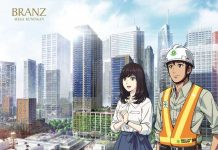 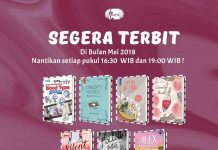