On Wednesday (02/05), the Twitter account of Indonesian comic publisher Elex Media Komputindo’s Editor of Comics has revealed that Gokushufudou and Mukai Usagidou Nikki are to be released in Indonesia. Detailed Information about the specific release date, format, and price of the manga have yet to be revealed.

Gokushufudou (English: The Way of House Husband) is written by Kousuke Oono. It follows the daily life of the “Immortal Tatsu” a comically serious legendary ex-yakuza who leaves behind his dangerous previous life to become a stay-at-home husband. The manga has been serialized in Shinchosha’s Kurage Bunch since 2018 and has been collected into four tankoubon volumes so far.

Mukai Usagidou Nikki is written by Hisa Takano. It’s a story about a rental bookshop named “Mukai Usagido” that lends out books about ghost stories and tales about demon despite being censored in the Meiji Era. This manga was serialized in Shinchosha’s Comic @Bunch and has been completed in eight tankoubon volumes. 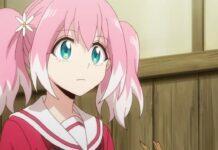