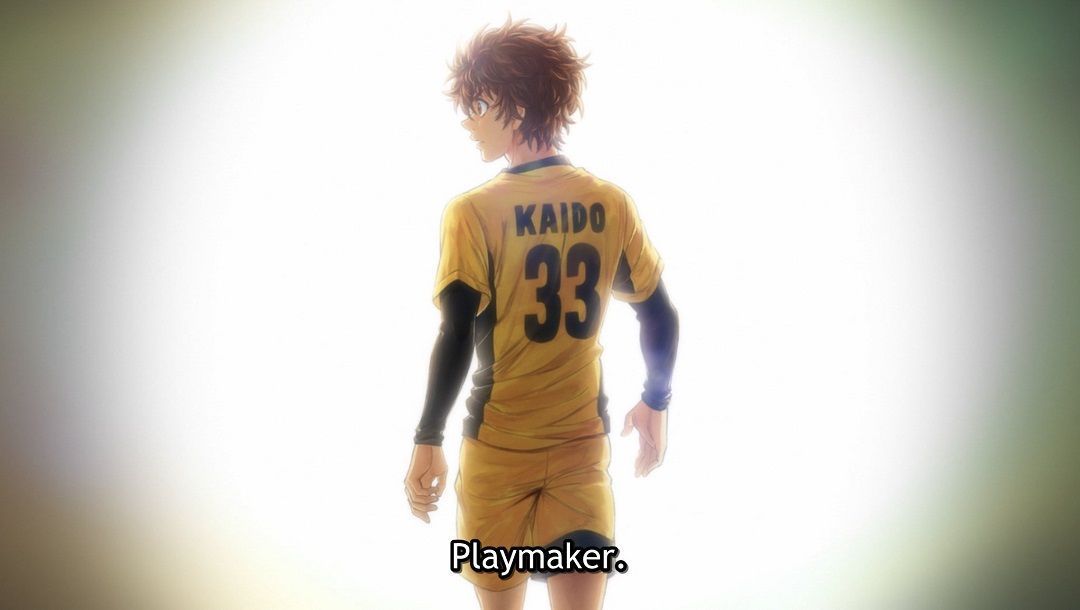 This article contains spoilers from Aoashi

After struggling in his early days, Ashito Aoi has cemented his place as Tokyo City Esperion Youth B’s main striker. He scores goals, creates assists, and gets involved when the team is in possession. His combinations with Asari and Kuroda create havoc on the left side of the pitch. With a series of good performances, it seems like Aoi’s promotion to team A is only a matter of time.

But after Aoi meets coach Fukuda in a private talk, Aoi is in disbelief; he isn’t promoted to Team A. Even worse, Fukuda tells Aoi to play at the back, in the full-back position. Aoi is disheartened. He feels that the results he made in the previous matches as a striker are for nothing. Fukuda, on the other hand, has already made up his mind. He already planned the positional change since he first met Aoi at Ehime. For Fukuda, the best way to use Aoi’s skill is in the full-back position.

After hearing Fukuda’s decision, Aoi’s friends are intrigued. Fukuda’s decision confuses one of Aoi’s classmates, Anri, who thinks Aoi should play in the center. That’s because Aoi has the ability to be a playmaker. Aoi has good anticipation and vision, so he can create chances for others from the central position. So for Anri, using Aoi as a full-back is contradictory to how football should be played.

However, Yuuma and Togashi disagree. For them, Aoi doesn’t have to play in the center to create goal-scoring chances. Yuuma and Togashi agree that Fukuda wants Aoi to be a playmaker, but not in the conventional position. Aoi will play this role in the full-back position; a playmaking full-back.

But how can a fullback plays a playmaking role? How can someone on the back dictates the play and creates chances? And what does Fukuda see in Aoi that makes him think Aoi is suitable for this role?

What is a Playmaking Full-back

On The Athletic, Michael Cox (2019) defines a playmaker as a player who is literally “making the play”. Playmakers dictate how their team plays. They could be the ones who send dangerous passes forward, spot an unmarked teammate, or even make a simple play that somehow leads to a goal-scoring opportunity. They’re the metronome of the team, and the play revolves around them.

Traditionally, the playmaker is a role identified with players with the number 10 role. It’s the players who are operating in front of the penalty box (Zone 14). According to statistics from the 1990s and early 2000s, this is the area where the majority of assists come from (Spielverlagerung, 2016). Football teams during this era used creative players like Zinedine Zidane in this area. They control the area, and by controlling the area, they create chances for the strikers to score.

Using this understanding, it’s weird to assign a full-back, who’s positioned at the wide area in the back, as a playmaker. However, this is what happened at Liverpool (Cast Iron Tactics, 2019; Cox, 2019). Their full-back, Trent Alexander Arnold, has been the center of their attacks. This statistic from a match against KRC Genk in 2019 shows how important Trent Alexander-Arnold was in Liverpool’s build up of the play. He touched the ball, passed, and progressed the ball more than other players. He also created more chances than the others, as shown by his expected goals (xG) chains.

Another full-back who’s adept at playing this role is Joshua Kimmich (ibid.). While he often plays as a defensive midfielder, Kimmich is also adept at playing at the right back. When he played as a right back in a match against Hoffenheim, the statistic shows that most passing combinations revolved around him. He touched the ball more compared to other players and was the second best at xG chain.

But why do some teams use full-back as their main creator of chances? Ideally, a defending team should protect the central area so the opposition won’t create easy chances. This means a full-back, who operates wide from the back, often becomes the player who gets the most space. It seems logical to put an intelligent player in this position. That player could create spaces for others. He could drag the opponent to one side before sending an accurate pass to the other side of the pitch. He could also send a through ball to the opposition’s defense. There are many ways for them to create chances.

Another reason is that unlike in the 1990s, modern football demands players to contribute in all phases of play. A striker should be able to defend, and a defender should help the team in the attacking phase. Players’ positions today are much more fluid than before. This means that even a full-back could occupy the space in the middle if necessary, and vice versa.

Next Page: Aoi as a full-back. 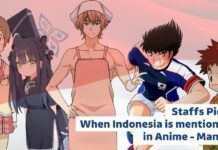