The word “moe” doesn’t always stand for cute girls. Moe can have much more meanings. The feeling of “moe” can come from various characters, even from an old man with bald hair. But, for many fans, the word “moe” has been too much associated with girl characters, hindering fans from seeing the moe elements on series that doesn’t have many girl characters. 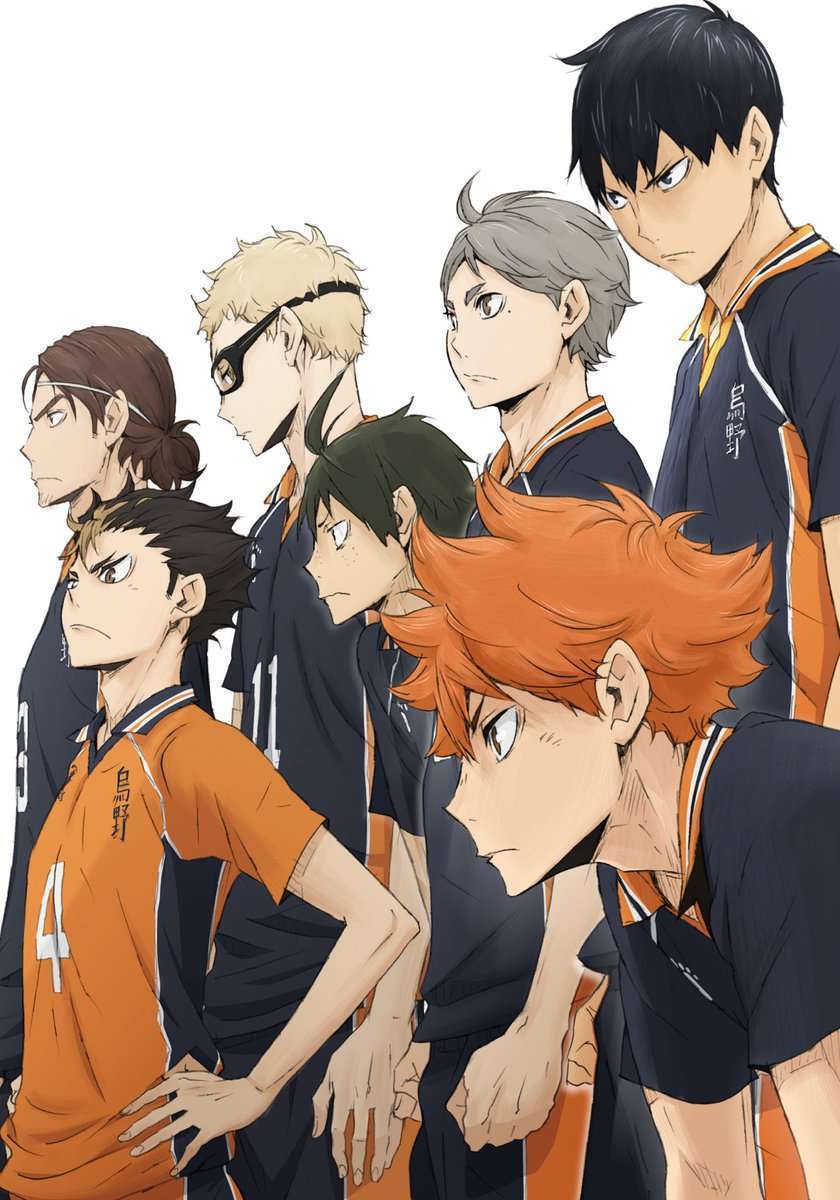 Take for an example, the sports manga Haikyuu!! by Haruichi Furudate that has been adapted as an anime series and about to have its third season. It’s possible to find moe elements in almost each characters. It can even be said that Haikyuu!! is a moe anime that presents moe boys with interesting sports story.

This article will examine the moe elements in Haikyuu!! 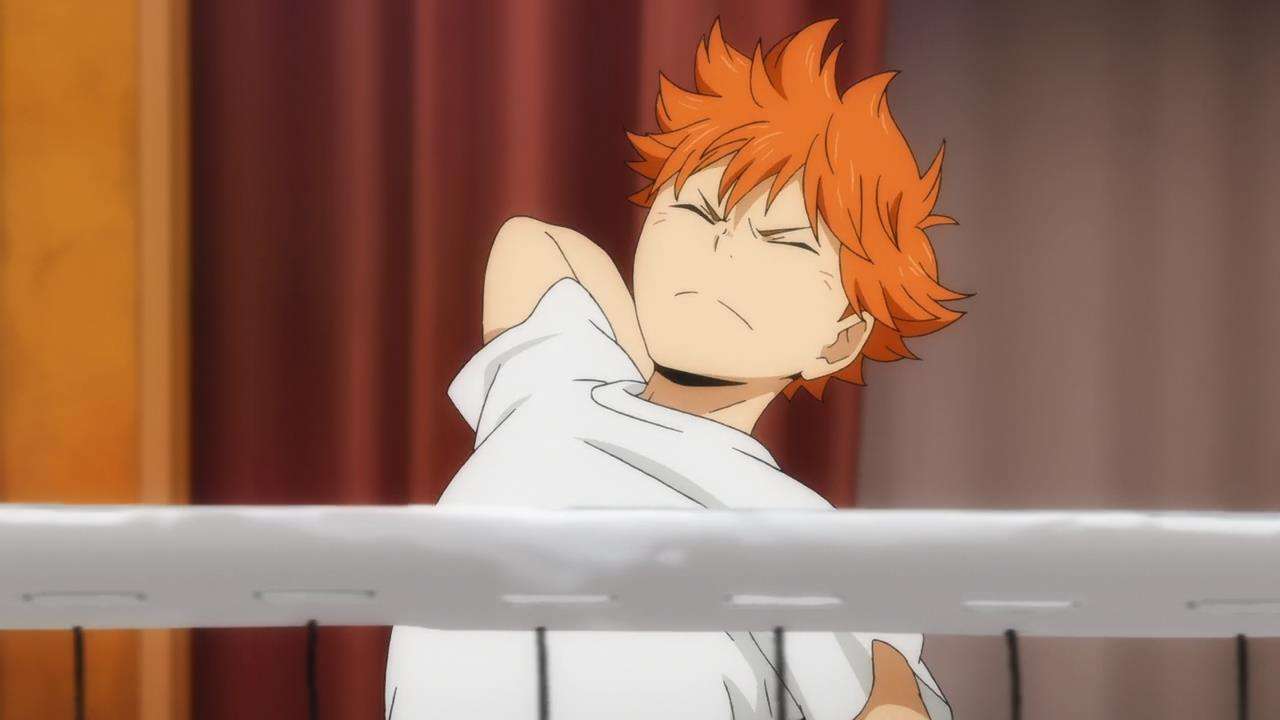 Let’s begin with the main character, Shouyou Hinata. Hinata has the plain and careless nature akin to many other main protagonists in anime that usually regarded as moe anime, such as Yui from K-On! and Ichigo from Aikatsu. Hinata also has short stature, is a shy kind of guy when he is around girls, and also bad at academics. All these things are actually enough to determine that Hinata is a moe protagonist. But beyond all that, Hinata has his own speciality. 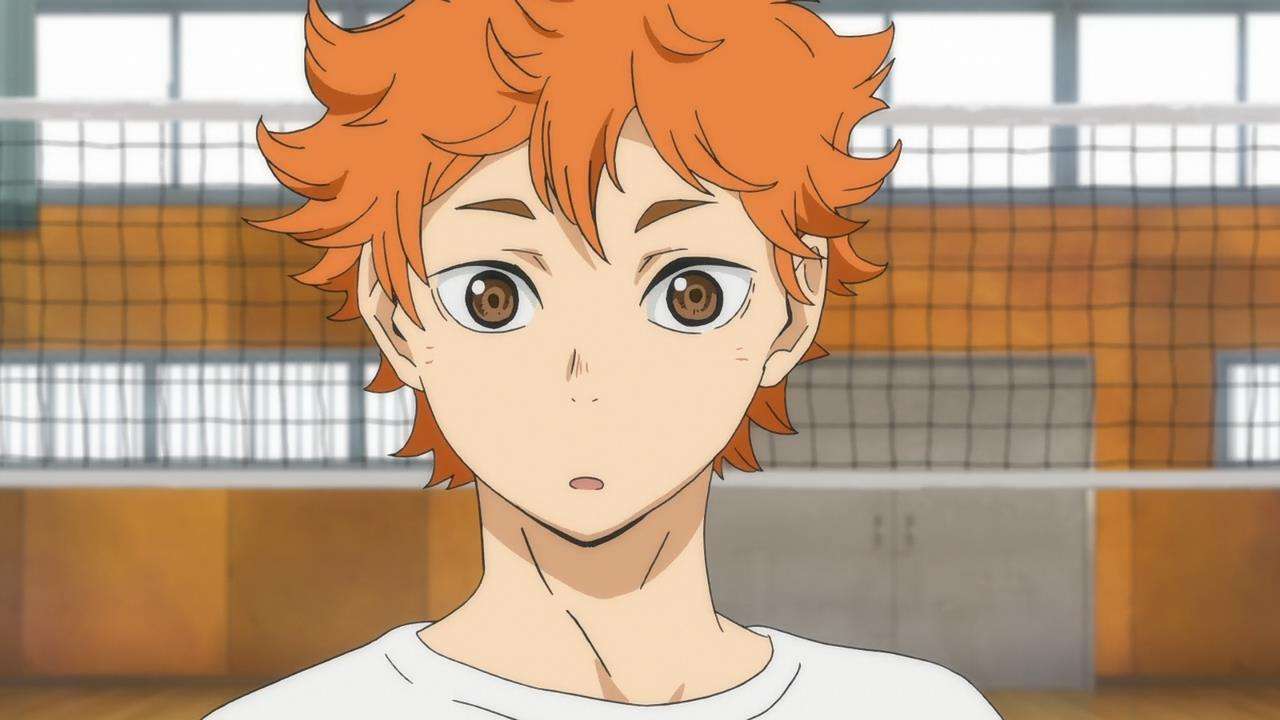 Hinata is described as a hard working person. When in junior high school, he joined the volleyball club and always train by himself even though he is alone. And when he entered high school he joined the male volleyball club, and he always try his best until the end. This hard working ethics is also one of the side that incites moe feelings for Hinata.

There are Many Characters with Gap Moe

Gap moe, to put it simply, refers to a gap between two sides of a character’s characteristics, either in his/her appearance or personality, that gives audiance the ‘moe’ feeling from the unexpectedness of the contrast. One of the most common gap moe is the tsundere character. If we look closely, gap moe is also an ever present element in characters in Haikyuu!!. 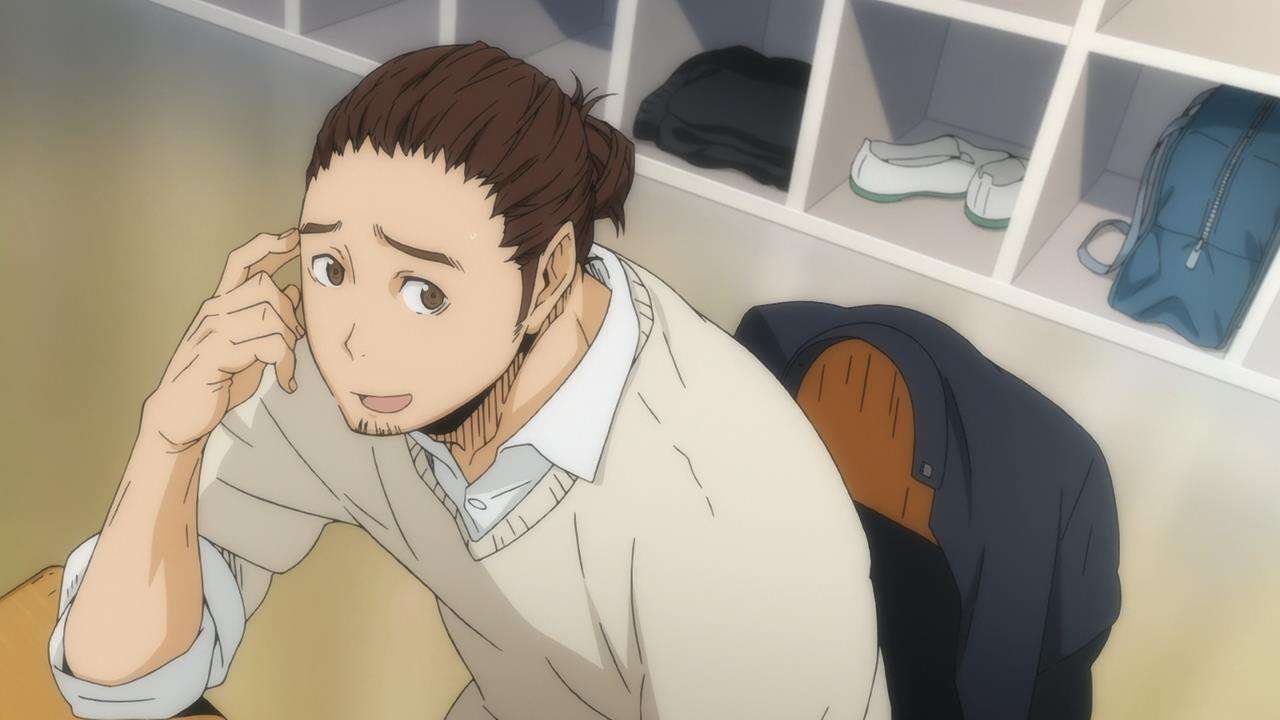 One of the best example for character with gap moe in Haikyuu is the ace of Karasuno, Asahi Azumane. He is described as a person with a scary appearance and looks older than his age, that he was rumored to have repeated grades for five years and leads a gang. But the truth is that he is just a normal 17 years old teenager with a soft heart, and even has his own cowardly side, earning him the reputation of having a “glass heart.” 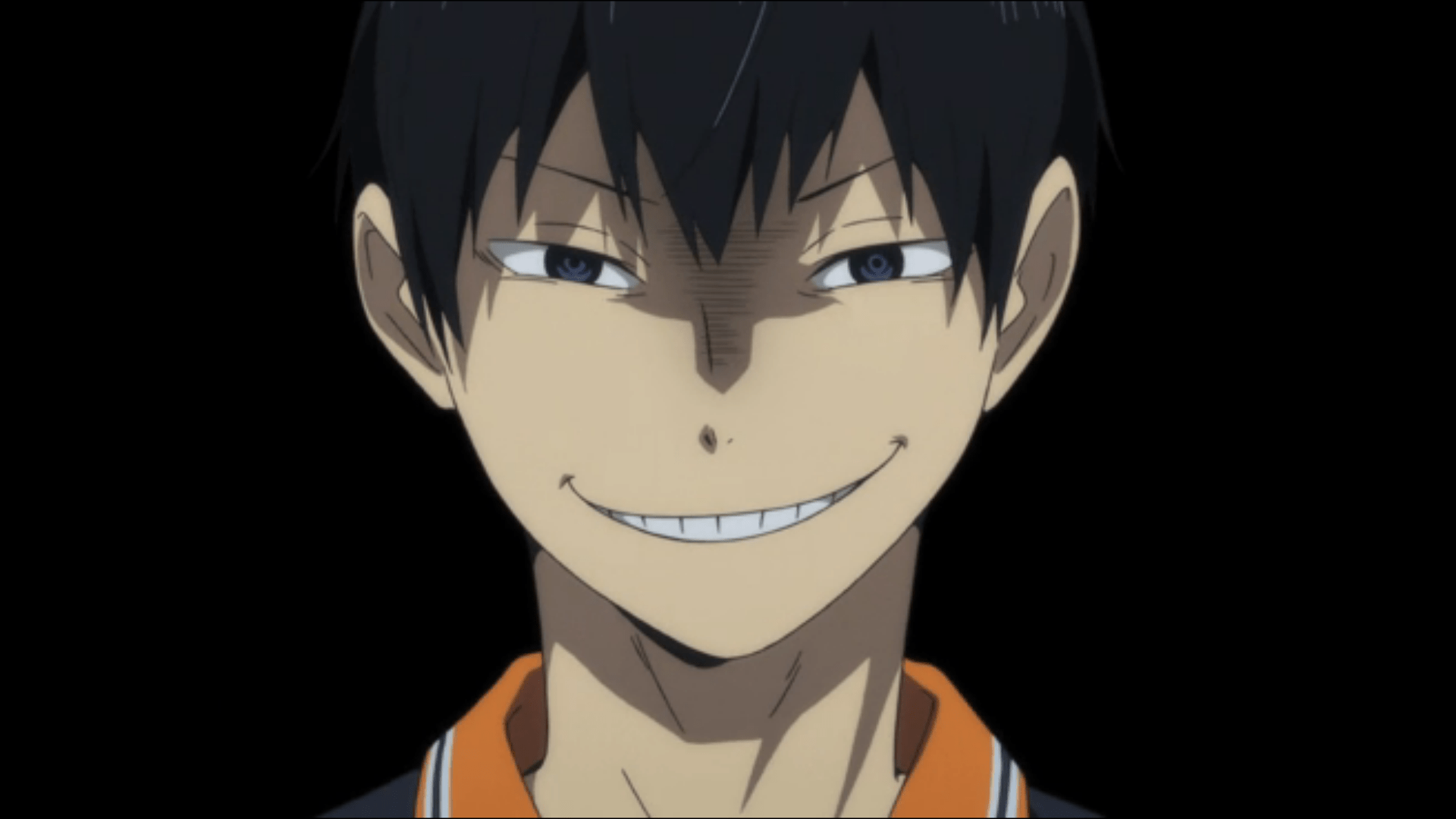 Aside from Asahi, one of the main characters, Tobio Kageyama also possess a kind of gap moe. Though unlike Asahi, this comes from his character development rather than a contrast between appearance and behavior. 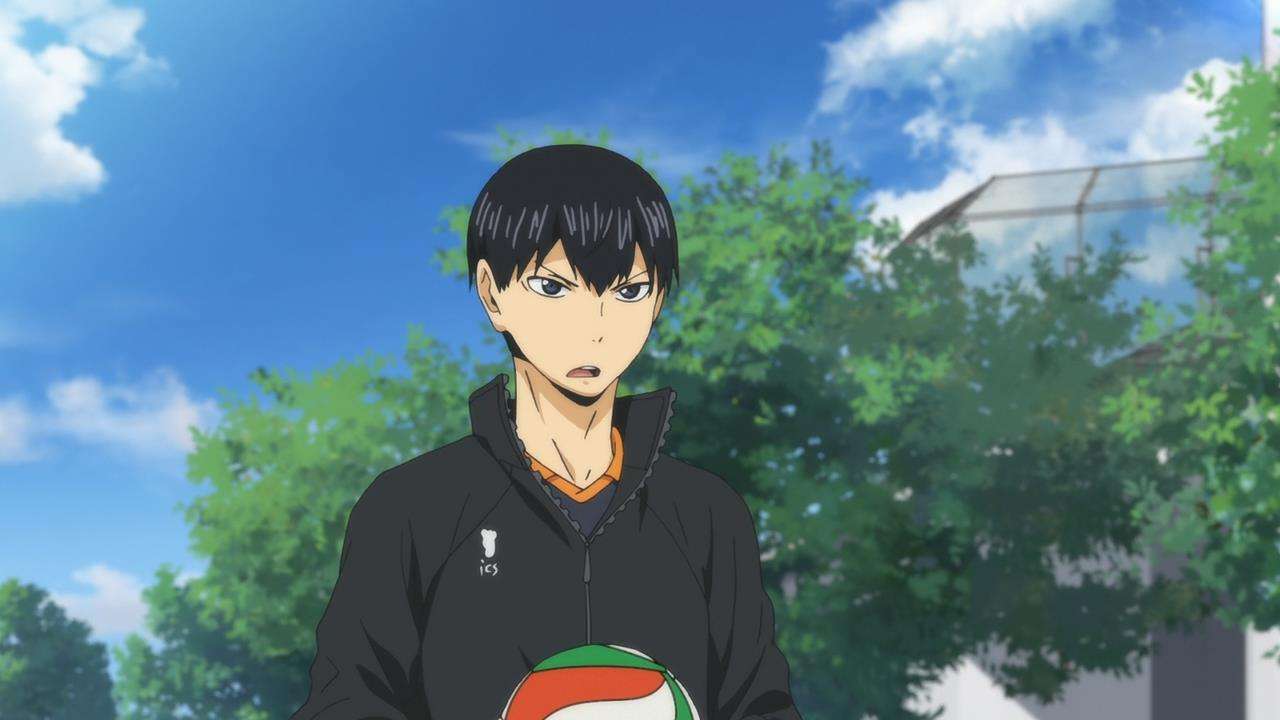 Although at first, Kageyama is a tyrant king who is perfectionist and selfish, gradually he changes to have more respect for others, and starts to have his own cute side, even if it is rather difficult for him to smile. Also, even though he appears smart is a genius setter in the court, his academic performance is actually really bad. This contrast also gives a moe feeling.

Jokes and the Humorous Side of Good Looking Characters

One of the most commonly found aspect of the so called “moe” anime is having attractive looking characters (like bishoujo) but also depicted comically with a funny side, such as being a careless person that leads to comedic situations.

This is, in a sense a form of gap moe, but more specifically concerned with running gags based on the characters’ characteristics— that sometimes evolves into an inside joke among the fandom. Such aspect is moe because its capable to draw attention, sympathy, and care from the fans to the characters. 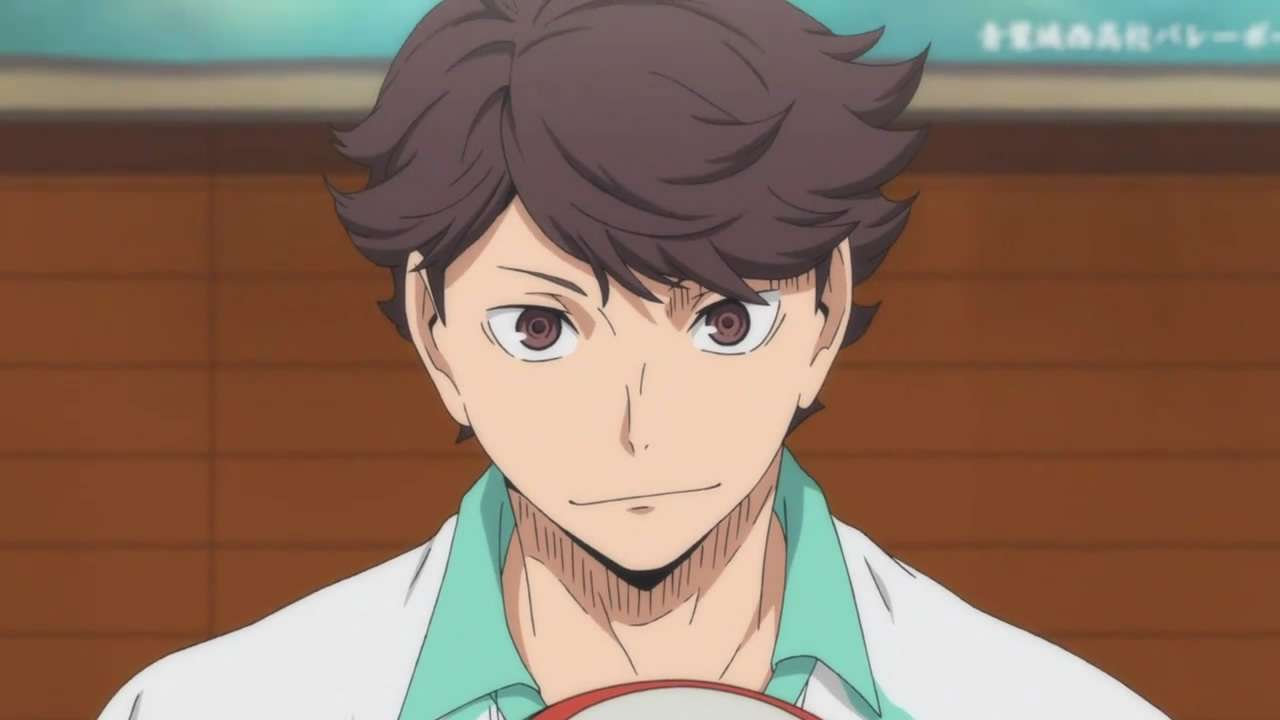 In Haikyuu!!, a good example can be found in the character of Tohru Oikawa, the captain of Aoba Johsai. Described as handsome bishounen and having many girl fans, he often becomes the butt of the joke by his own teammates because of his ‘bad attitude’. And even in the Haikyuu!! fandom, Oikawa is jokingly referred to as ‘trash’ by his own fans. This is also a kind of moe in itself. 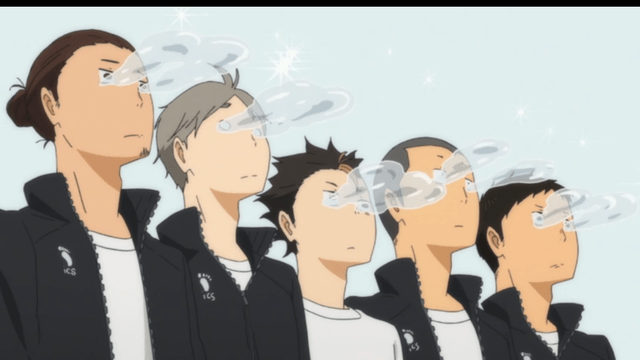 The other team members of Karasuno also has their unique characteristics that turned into interesting running gags. For exampe, the beautiful manager Kiyoko who always avoid Tanaka and Nishinoya who are always trying to get close to her, or Daichi who is so kind but can turn into someone scary when angry. How Haikyuu!! plays with the characters’ traits in its jokes is an undeniable characteristic of a moe anime.

Of course, Haikyuu!! itself is still a sports drama focusing on volleyball. Though the focus is on the sport action, gradually more dramas emerge, especially in the moments when team lose from another team. 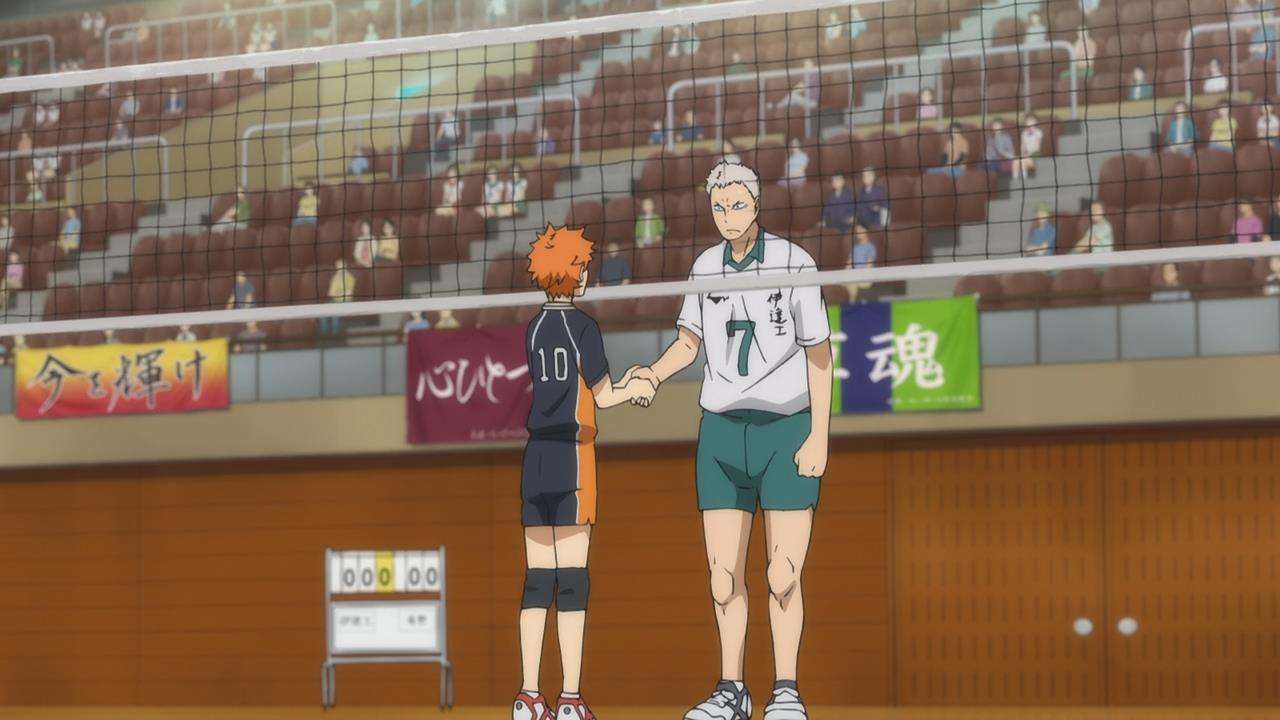 Haikyuu!! can deliver these drama interestingly, invoking a feel of sympathy and care for the teams that experience loss or anxiety. Regardless of which team is supported, there will always be a feeling of moe emerging from the situations illustrated in it. 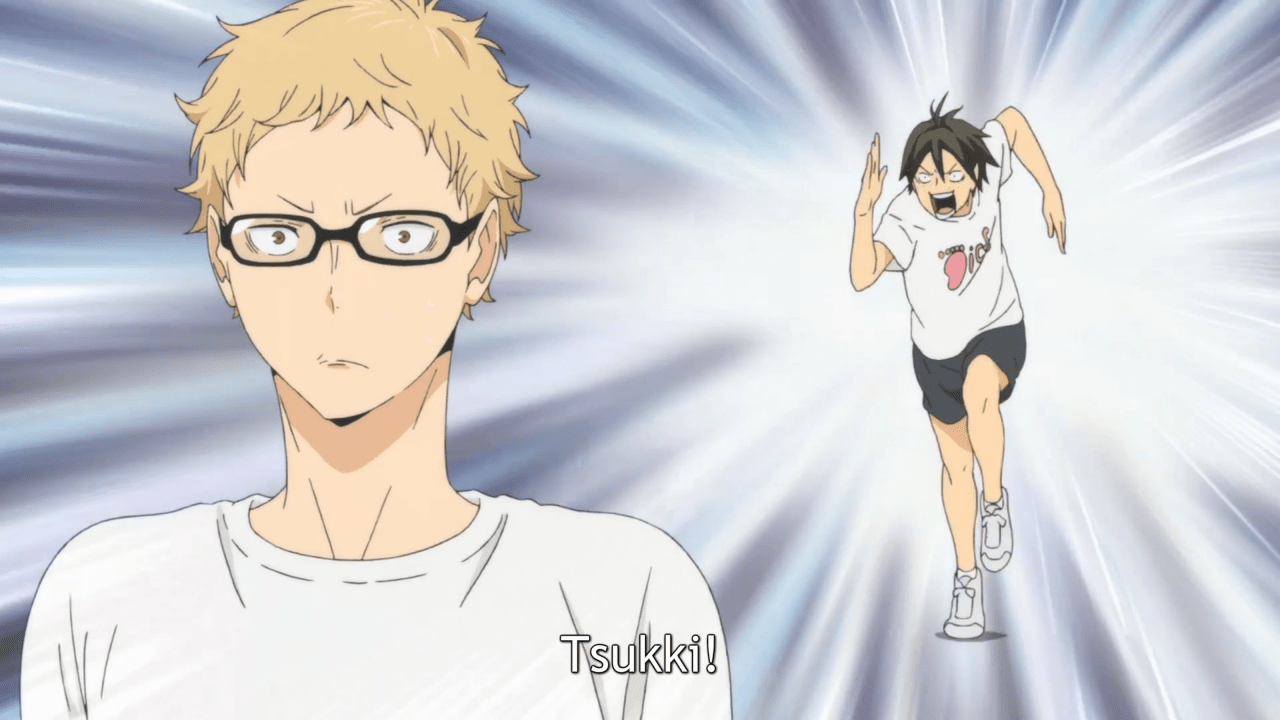 Emotions in is vital to Haikyuu!!. I can’t show some spoilers, but the character of Tsukishima and Yamaguchi with their various emotions gradually develop, especially in second seasons, which incites a feeling of affection towards the characters.

The Girl Characters are also Interesting 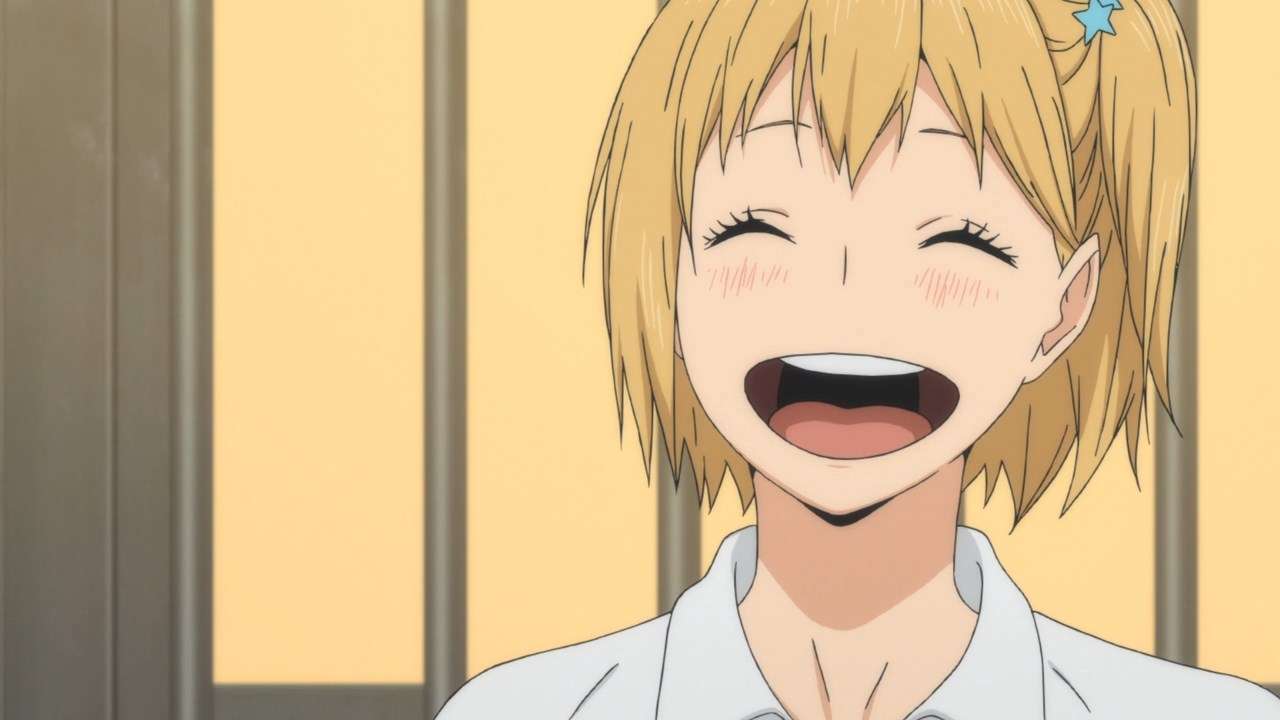 Kiyoko is depicted as beautiful and cool, but she also cares for the team members. Tanaka’s careless sister Saeko, and Yachi who has her own development helped by Kageyama and Hinata, are also interesting characters even though they are not the main characters. 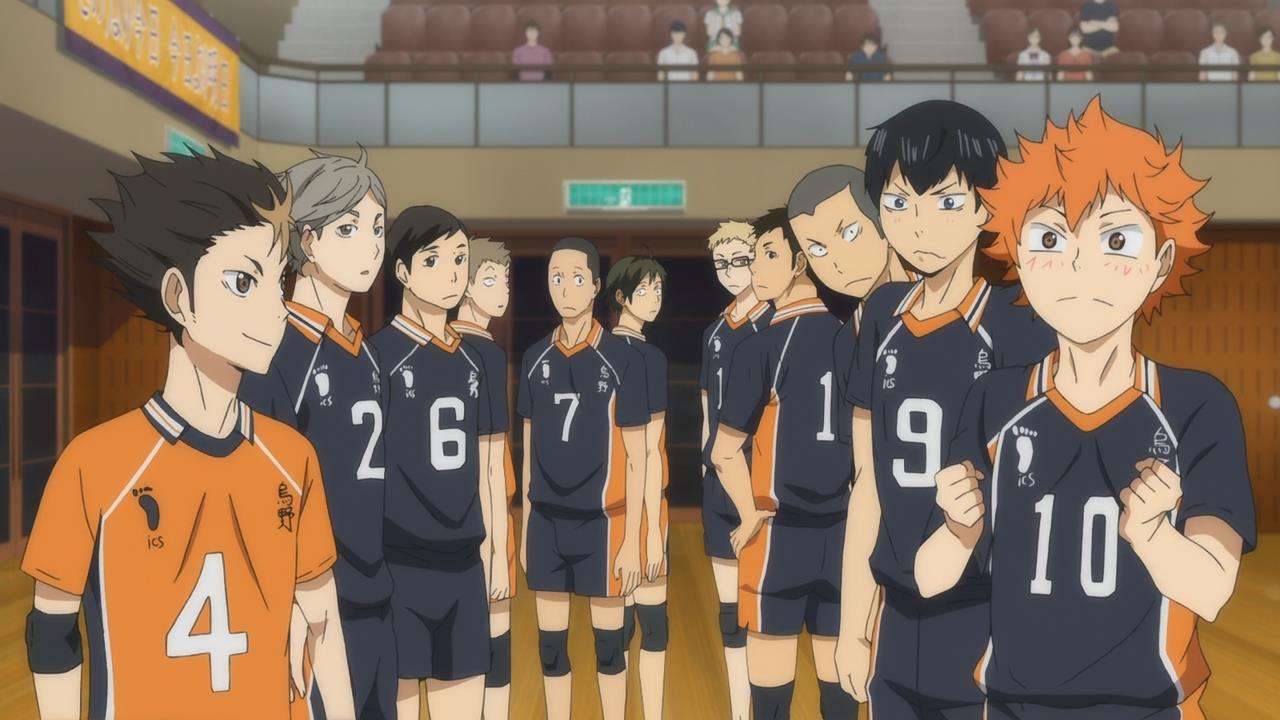 Those are just few examples of the moe elements that can be found in Haikyuu!!. Of course there are more other moe aspects that can make the viewers feel affection when watching it, which depends on how each viewers understood ‘moe’. I’m even sure that many fujoshi actually feels that the relationship between Hinata and Kageyama is moe, even if fujoshi in Indonesia does not commonly use the term to refer to their affection.

By Ayayuuhi, currently head over heels for Asahi Azumane | Translated by Dellamarsto Bagus

This article is the personal opinion of the writer and does not reflect the opinions and views of KAORI Nusantara and The Indonesian Anime Times. 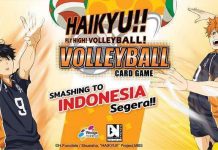 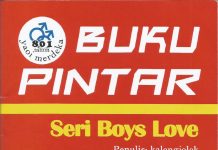