Previously, it has been reported that Gcrest’s Android and iOS game Yume Oukoku to Nemuru 100nin no Oujisama, or Yume100 for short, will be getting an official release in Indonesia on Indonesian server. Now, it has been revealed that official Indonesian release of the game has been scheduled for January 2017.

The game will be available on both Android and iOS, and will feature the original Japanese voices with Indonesian texts. The Indonesian release is licensed by Index Asia LTD.

Hi to all Princesses!

Happy new year! Our team are now working with the Japanese staff to improve the quality and performance of this game, especially regarding the translations based on the input and comments (from closed beta) that we have received. As we are now nearing completion, we would like to inform that Yume100 Indonesia will be released officially on iOS and Android this month.

Be prepared for exciting adventures in the Dream World! Have a good day!

The game Yume100 combines elements from puzzle game and otome game. The player assumes the role of a princess in Tromeia Country and has adventures in the dream world with the help of princes. The game features many famous voice actors such as Mamoru Miyano, Ayumu Murase, Hanae Natsuki, and others. The review of this game (on Japanese server) can be read at KAORI’s Indonesian site here. 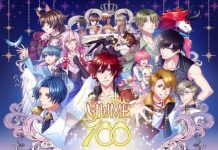 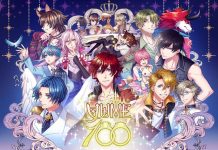