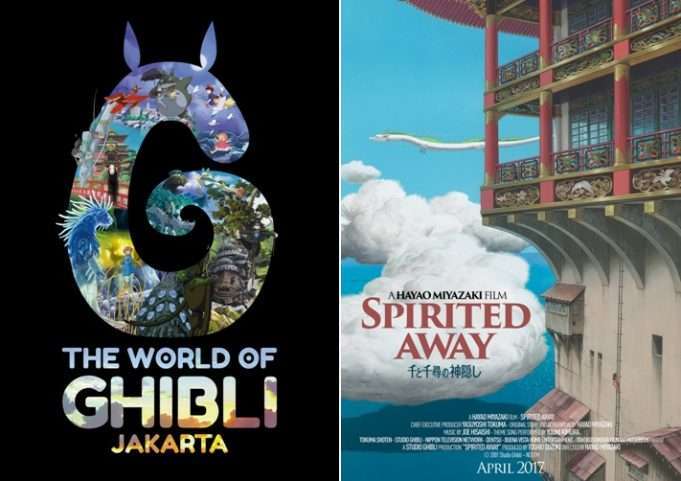 Another good news comes for Indonesian film and animation fans. Following the announcement of the theatrical release of Studio Ghibli’s films in Indonesia, a series of film screenings and exhibitions titled The World of Ghibli Jakarta has also been announced.  Celebrating the works of the famed Japanese animation studio, this event is presented by Kaninga Pictures, Marubeni Indonesia, and Hakuhodo DY Media Partners.

“We feel very proud to be trusted by Studio Ghibli to organize The World of Ghibli Jakarta as its partner. This event is the first of its kind in Southeast Asia, and this is an enormous opportunity through which the actors of Indonesian creative industries can collaborate and conduct knowledge transfer directly with the Academy Award-winning animation studio, Studio Ghibli,” said Willawati, CEO of Kaninga Pictures.

The World of Ghibli Jakarta committee, which has started planning for the event since mid-2016, is composed entirely of Indonesian creative industry workers. Some of them include well-known Indonesian musician, Sherina Sinna Munaf, who has been studying animation in Japan for the last two years; and Muhammad Bisri Mustofa, a creative director who designed the official The World of Ghibli Jakarta logo as well as the official posters of Studio Ghibli films that will be screened in Indonesia.

The World of Ghibli Jakarta will release all Studio Ghibli films theatrically in three major phases. The first phase will be conducted in April-September 2017. The second phase, which is the film festival, will be conducted in August-September along with the exhibition, and finally the third phase will start October 2017 and ends in March 2018. During the first and third phases, one Studio Ghibli film per month will be screened in theatres in various cities across Indonesia.

Meanwhile, in the second phase, all Studio Ghibli films will take turns to be screened daily, in conjunction with the exhibition.

During The World of Ghibli Jakarta exhibition, which takes place in The Ritz-Carlton Ballroom, Pacific Place, Studio Ghibli fans are invited to witness and experience their favorite locations, objects, and characters from their beloved Studio Ghibli Films come to life. This section of the exhibition will feature famous Studio Ghibli films, i.e. Laputa: Castle in the Sky, When Marnie Was There, Arrietty, Kiki’s Delivery Service, Howl’s Moving Castle, Nausicaa of the Valley of the Wind, Porco Rosso, Ponyo on the Cliff by the Sea, Princess Mononoke, My Neighbor Totoro, and Spirited Away. In another section, visitors will be able to learn about the history of Studio Ghibli, as well as their filmmaking process, including original materials such as concept arts, storyboards, and first-press film posters.

Toshio Suzuki, Executive Director of Studio Ghibli, admits that he was very impressed by the response Studio Ghibli fans had given when he attended Spirited Away limited screening in last August. “Before I came here last year, I did not know much about Indonesia, so I was very surprised to receive such a warm welcome from Indonesian fans,” he said. “Their earnestness moved us to finally organize this event,” he continued.

Starting from April 1, the pre-sale period for The World of Ghibli Jakarta exhibition will be begin on www.worldofghibli.id.  The Academy Award winner for Best Animated Feature Film will be screened on Cinema 21 theatres across Indonesia on April 1-7, 2017. For May-September, excluding June which coincides with Ramadan, My Neighbor Totoro, Ponyo on the Cliff by the Sea, Princess Mononoke, and Howl’s Moving Castle will be played consecutively every month.

Kaninga Pictures is a Jakarta-based film company established in 2015. With the vision to produce artistically and commercially well-made films, Kaninga Pictures aims to make Indonesian film able to compete in both domestic and global markets.