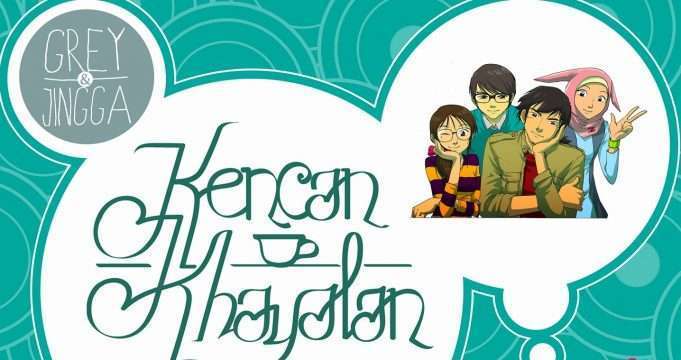 One of the cutting edge technology that has caught attention in gaming is virtual reality (VR), which enables gamers to enjoy both amazing visual and audio contents as if interacting directly with players. At the time Occulus Rift first broke into the scene with their device in 2016, VR game quickly becomes the new trend in the world. Various game genres has since been released to work on VR devices. One of such genre is Dating Simulator. Now, Indonesian creators have come to participate in the trend, with their own original dating simulator, titled “Grey & Jingga: Kencan Khayalan” (“Imaginary Date”). 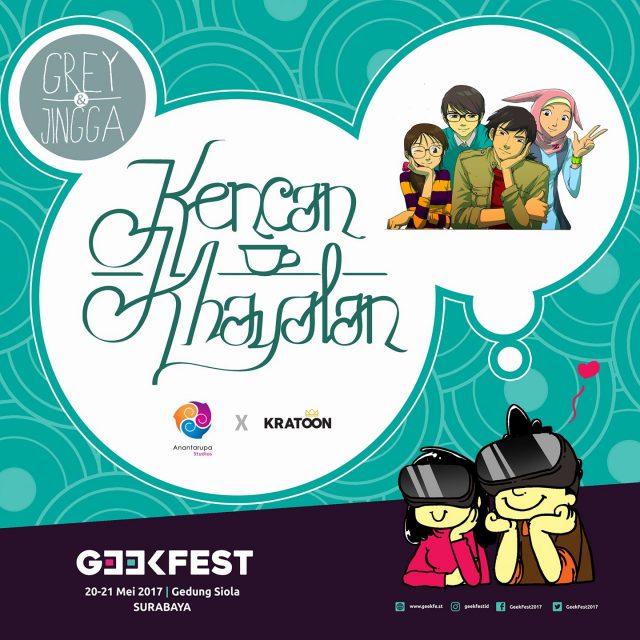 On his Facebook account, comic artist Sweta Kartika announce the latest news about the Virtual Reality Grey & Jingga project. The project has reached Beta State, and was released at the GEEKFEST event, which was held on 20 to 21 May 2017. Visitors were able to try the experience of this Indonesian comics through the latest VR technology at the Grey & Jingga booth in the event. This project is a collaboration between Sweta Kartika and Anantarupa Studio.

Some videos and pictures from the event are also posted on Sweta Kartika’s facebook page.

For now there are only four characters included in the game : Grey, Jingga, Dharma and Zahwa. There’s still no information if other characters will be included on the full version of the game, or if this game will be featured in another future event.

Grey & Jingga is a web comic series by Sweta Kartika which tells the love story of Grey and Jingga, childhood friends who had lost contact with each other, but then met again at the same college when they grew up. Grey is now a student in Music Theory major, while Jingga is a student who participate in the college Theater Troupe. Both Jingga and Grey like each other, but for some reasons, each of them never really tell the other about their feelings. Then a boy named Martin comes by. Jingga sees him as an ideal boyfriend material that she hopes could entice Grey to show his jealousy and be more aggressive to win her affection. But Grey isn’t the type who shows his emotion easily, and instead is trapped in a dilemma with his old love.

The comic was published in Indonesia by KOLONI, which also published the sequel, Grey & Jingga: Days Of The Violet. This comic can also be read in Japanese through the digital publisher Comic Catapult. Grey & Jingga is also adapted into short animation which can be viewed online on the Kratoon channel.

Sweta Kartika is one of the prolific young comic artists in Indonesia. Among his many projects other than Grey & Jingga, he also serialized the action-romance comic Spalko in the comics magazine re:ON, and produced the superhero comic Wanara, published by Kosmik and m&c! through the KOLONI label.