Three years ago, a mysterious worldwide phenomenon called the Reflection suddenly occured, causing the deaths of many while giving special powers to some. Now, good and evil superpowered individuals fight against each other. What caused the Reflection and how will it consequences affect the world?

Among the superhero-themed anime that has appeared in the past few years, The Reflection is quite notable for being created in collaboration with comic book legend, Stan Lee. The first episode emphasises more on show than tell, introducing the viewers to the world of The Reflection, where humans with superpowers roam the streets and battle in the skies, but without explaining who the characters are yet. It appears to be the kind of show that would take time to gradually unfold.

The variety of superpowers and the depiction of their uses seem promising to set up interesting fights in the future. Another critical aspect is the choice of art style. Meant to invoke the look of American comic book, it uses combinations of solid blocks of colors and thick-outlined figures to create very flat-looking images. It can be jarring to viewers if not used to it, but better look more to how the show’s crew intend to make use of the aesthetics in the coming episodes before making a judgement. 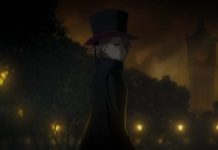 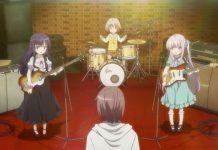 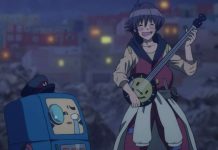 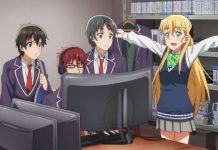 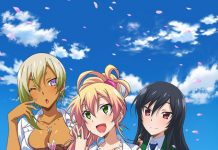