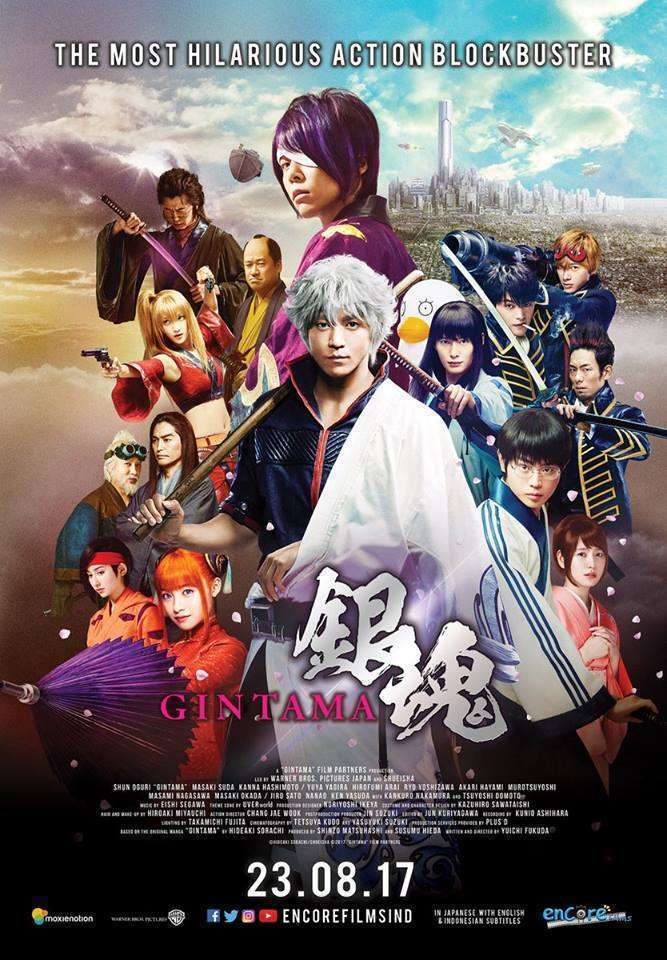 As previously reported, the live action Gintama film has been confirmed to be screened in Indonesia. In Japan, the film has begun screening since 14 July 2017.

The live action project will also be developed into a net show, or a special program streamed via internet. The service dTV, which is an internet streaming service owned by Docomo, will stream the project on 15 July 2017, a day after the film has premiered in Japanese cinemas. The same casts and staff from the film will also appear in this net show to adapt some popular stories from the manga.

Gintama is adapted from the manga of the same name by Hideaki Sorachi that debuted in 2004, and since then has been adapted into an anime TV series in 2006. Other than the TV anime, this manga has been adapted into two anime feature films: Gintama: Shinyaku Benizakura-hen (2010) and Gekijoban Gintama Kanketsu-hen: Yorozuya yo Eien Nare (2013). The first season of the anime had been aired in Indonesian private TV station Indosiar in 2011.