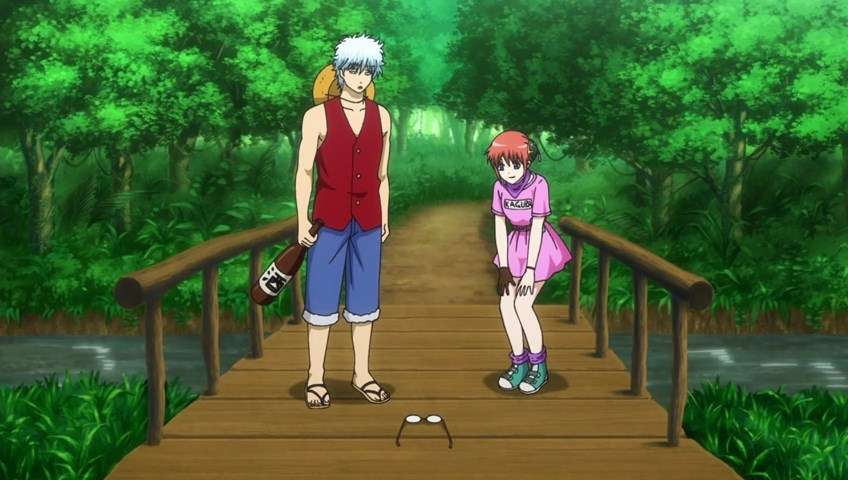 In the fourth season of Gintama, we meet again with Gintoki Sakata, an ex-samurai who turned into an entrepreneur (a.k.a NEET) who runs an odd jobs shop (Yorozuya). Gintoki runs the business with his two subordinates; Shinpachi, a young boy with glasses who is a professional at tsukkomi, and Kagura, a girl alien from Yato race who is an expert in fighting, cute and binge-eater. When they do their job, they always get mired in any kinds of trouble, police, yakuza, rebels, alien and so on in whack-job situations. No job is too big for Yorozuya Gin-chan and Co!

Usually, if a series is adapted from a long-running manga series, there will be some filler episodes to pad the runtime while waiting for enough material from the source to be animated. Most of the time, filler episodes can become a headache in the continuity of the anime, which makes fans don’t like it. However, the case is different with Gintama.

Where viewers usually hate to watch filler episodes, you’ll be happy when there’s a filler in Gintama. Since Gintama has entered its final arc, the filler episodes will give you a bit more of Gintoki and Co’s hilariousness. The first episode is a non-stop parade of parody for 90 seconds! This is unlike the previous run, which immediately began with serious content. Thank God we still get some comedy in Gintama because the final arc is a non-stop action battle with only seriousness.

Fall 2021 Anime: The Nights Beyond the Tricornered Window