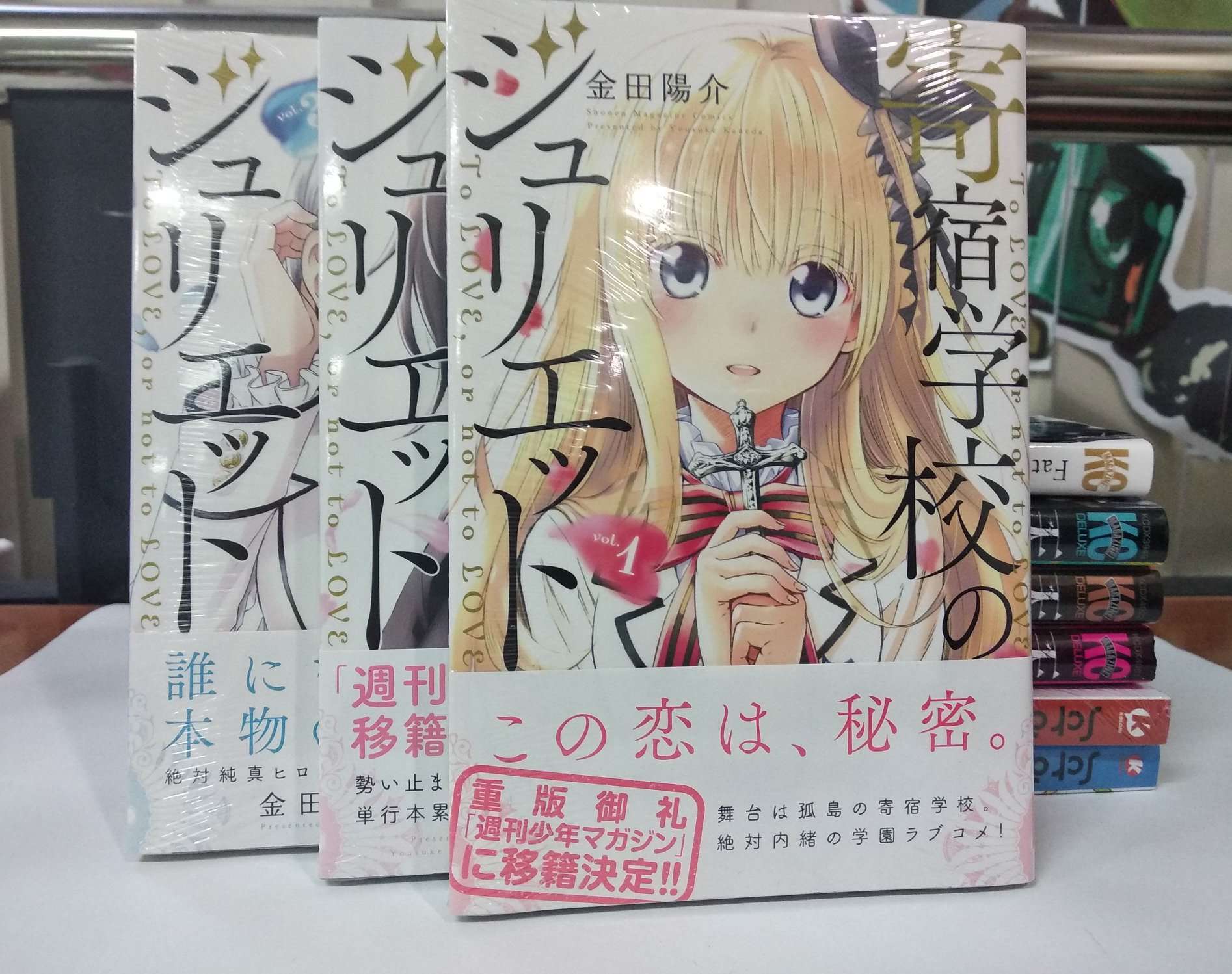 Indonesian comic publisher m&c! has announced that it will release the manga Kishuku Gakkou no Juliet in Indonesia. A post on m&c!’s Facebook page on Saturday (4/8), shows three volumes of the manga with the caption mentioning its upcoming anime adaptation and that m&c! will publish the manga “soon.” The title that will be used for the Indonesian release, as well as the release date of the manga has not been revealed yet.

Written and illustrated by Yōsuke Kaneda, Kishuku Gakkou no Juliet (English title: Boarding School Juliet) is a manga inspired by the classic tale of classic Romeo and Juliet. In this manga, Romeo Inudzuka and Juliet Perucia are two students who study at Dahlia academy, and are in love with each other. However, they have to hide their relationship from other people because of the fact that they actually the leader of two opposing factions at school. The manga was first serialized in Bessatsu Shonen Magazine in 2015, before moving to Weekly Shonen Magazine in 2017. In Japan, the manga has also been released in collected volumes, with the seventh volume has been released on March 2018.

The manga will also be adapted into an anime television series. The animation will be produced at Liden Films (Arslan Senki, Hanebado!), while Seiki Takuno (Poco’s Udon World) is appointed as director and Takao Yoshioka (Elfen Lied) writing the scripts. It is scheduled to begin airing in October 2018 during the Animeism programming block on MBS.