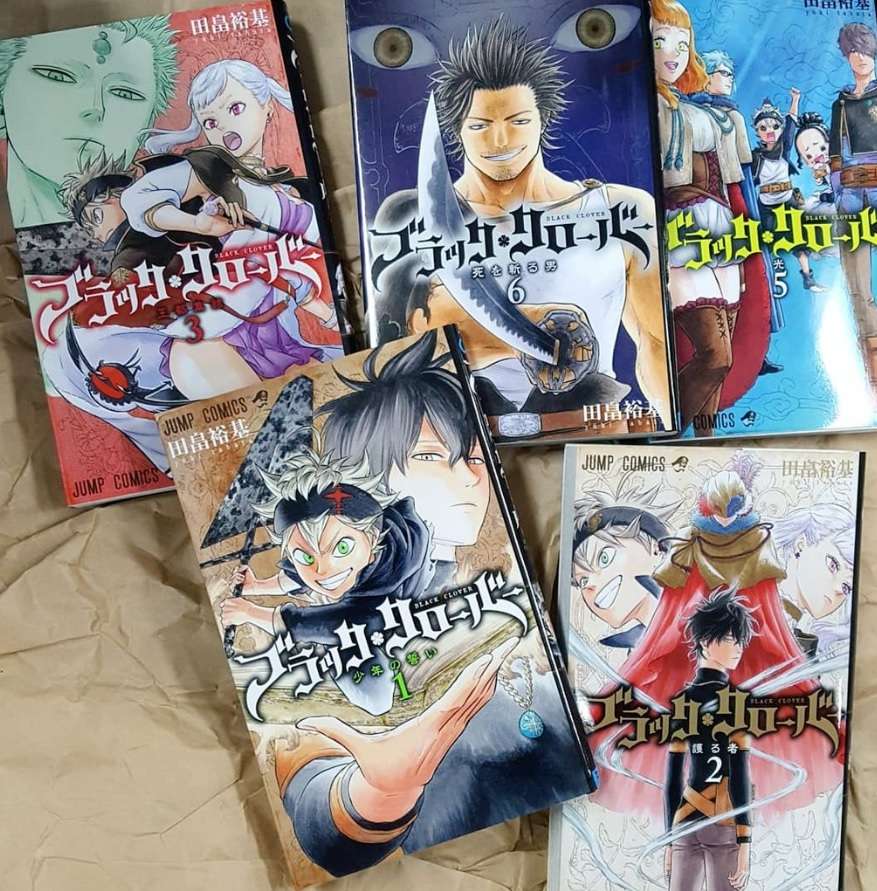 On Saturday (10/11), the Twitter account of Elex Media-Level Comic editors announced two new manga that the comic book publisher plans to release in 2019. While post does not explicitly mention the titles, only mentioning one of them is an “action fantasy” and the other has an “(excessively) clean freak” protagonist, the pictures included show the Japanese volumes Black Clover and Clean Freak! Aoyama-kun (Keppeki Danshi! Aoyama-kun). Both manga series are published by Shueisha. Detailed information about the release date of the first volumes has not been announced yet.

Written and illustrated by Taku Sakamoto, Clean Freak! Aoyama-kun tells the story of Aoyama, a talented young Japanese footballer who plays as a member of Japan’s U-16 national team. However, he is also known as an eccentric neat freak, which makes his football style unique as he always tries to avoid physical contact and keep himself clean. The manga was serialized in Shueisha’s Weekly Young Jump Magazine and has been collected into 13 volumes. It also had already received an 12 episodes anime adaptation in Summer 2017, animated by studio Hibari.

Written and illustrated by Yūki Tabata, Black Clover tells the story of Asta, a young boy who was born without magical power but aspires to become the next emperor magus. To obtain this power, he has to achieve it through physical training. Along with his friend Yuno, a powerful young wizard who can control the wind, he embarks on a journey to reach his dream. The manga is currently serialized in Shueisha’s Weekly Shōnen Jump since 2015 and so far has already been collected into 18 volumes. It also has an anime adaptation by Studio Pierrot that has been airing since October 2017.

Elex Media Komputindo is one of the most prominent comic books publisher in Indonesia. The company publishes licensed foreign comics and also comics from Indonesian authors.