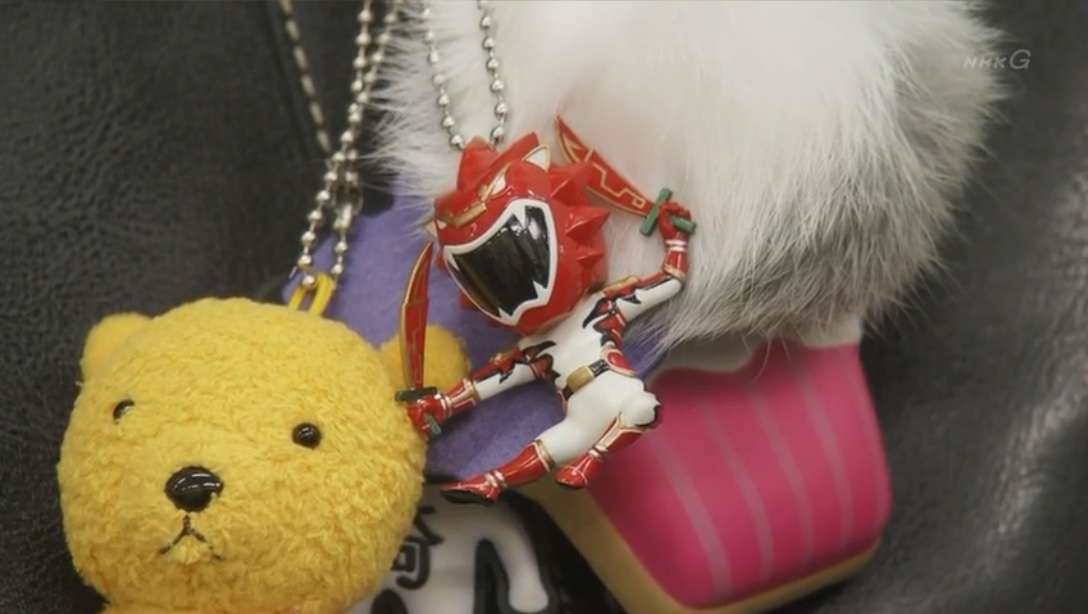 In Tokusatsu GaGaGa, a story of an office lady who is a fan of tokusatsu shows, one of the key moment is when the main character, Kano Nakamura, encounters and eventually befriends another toku ota woman on the train. She could recognize that the woman also loves tokusatsu because of a keychain on the woman’s bag that depicts the character Toraiger from the tokusatsu series that Kano likes. Kano later also makes the woman recognizes her as a fellow fan using a keychain of another character from the same tokusatsu series, Shishileo.

That moment reminds me of a certain day in 2016, when I was waiting for the train at one of the stations in the outskirts of Jakarta to go to my workplace. While sitting there waiting, suddenly someone greeted me from behind. It turned out the one who greeted me was a junior from campus who was also leaving for work. Interestingly, she could recognize me from behind because she saw the anime characters keychain on my backpack which I had just bought from the Comic Frontier (Comifuro) event some time before, and she guessed (correctly) that someone who likes those characters could be me (or maybe she remembered that I bought those keychains when we met at Comifuro?).

“Wow! So you really could recognize someone from seeing the anime keychain on their bag! “that was what I thought that day.

It was not the first time I was approached by her because of otaku goods. Five years earlier, while waiting for the train at that same station for a field trip to the Bank of Indonesia Museum, she approached me who was wearing a Saber Lily shirt at the time and asked me information about an anime club at the campus (which unfortunately, I haven’t heard of at the time because it was only recently formed). That was our introduction in a sense, which, even though short and not eventful, leads to a lasting friendship that continues on to this day.

Speaking of anime shirt and public transportation brings back another memory. At that time, I was on my way to an event at Balai Kartini in South Jakarta, and for the occasion, I wore a Gatchaman Crowds shirt. Since I can’t ride or drive anything other than bicycles and bumper cars, I went to the venue by train and bus, as usual. While I was on that bus, a young man with a Kirito shirt (or was it a jacket? I don’t remember clearly) who seemed confused approached me and asked me if I know where he should stop to get to Balai Kartini.

Not surprisingly, we are heading to the same event. It seemed that seeing the shirt I was wearing had encouraged him to ask me for directions, and I felt grateful that the shirt could be a way for me to give a little help to others.

Back to my junior, she still regularly attend Comifuro and set up booth with her friends. When we met again at Comifuro in early March 2018, she told me about various things she observed from the contents of the booths and visitors there, from the presence of BTS-themed accessories to visitors who brought children. At one point, she directed my attention to a can badge on the bag of one of the visitors, which shows a character from Yowamushi Pedal. The character, she said, is actually only a minor character, but there are still those who like the character so much that they have and display the character’s badge.

At that time I felt humbled, for as someone who writes and for an online anime news site, I haven’t been noticing these things. We shouldn’t underestimate the fans’ own capacity to understand and elaborate on their own fandom!

Such cases make me think of how character goods such as keychains, badges, t-shirts and so on can act as media that connect fans to recognize each other as part of the same community of interests. In the book Otaku Spaces, (2010), Patrick Galbraith borrowed an analogy from Azusa Nakajima (1991) who compared otaku to hermit crabs, who build and carry around “shells of self” from an assemblage of bits and pieces of things they like that enable them to recognize mutual affiliation. Otaku goods, according to Takuro Morinaga (Galbraith, 2014), enables moe for 2D characters to be a part of the 3D world. And according to Ka’ichiro Morikawa (ibid.), expressing moe for something communicates a lot of information to those who understand the meaning. Isn’t using a badge of a minor character like the above says a lot to those who are in the know about the character’s role in the series? It’s a powerful statement of devotion to the character, a personal choice that has meaning in social interaction, and that is very interesting to think about more deeply.

At least when I get separated from my colleagues at an event, I could always find them again by looking for Little Busters jacket or Error Musume keychain. 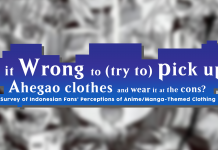 Is It Wrong to (Try to) Pick Up and Wear Ahegao Clothes at Cons? Survey of Indonesian Fans’ Perceptions of Anime/Manga-Themed Clothing 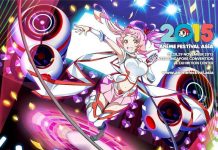 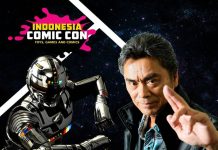 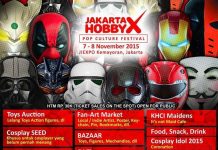