Warning: minor spoilers for the movie.

Hiroyuki Imaishi. Kazuki Nakashima. There’s certainly a couple of names in anime whose works feature a very distinct style, and you can count the duo behind Gurren Lagann and Kill la Kill among them. Fans of the aforementioned shows will know exactly what they’re getting into with Promare. Indeed, Studio TRIGGER‘s first full-length theatrical feature was billed as a spiritual successor of sorts to the duo’s previous works. But will Promare draw a fiery response from audiences or leave them out in the cold?

While co-produced between TRIGGERand mobile game company XFlag (Monster Strike), Promare is definitely the work of the former more than the latter. TRIGGER has made a name for themselves as the studio creating some of the most dynamic and stylish anime out there. Promare adds to that ever-growing list, going in guns blazing right from the start. After a brief opener explaining the setting of the show’s world, we’re treated to a fight sequence between the “Burning Rescue” firefighter squad against the flame-wielding “Mad Burnish” terrorist group that ranks among some of the best in anime (thanks in no small part to some amazing camerawork and accompanying music from Hiroyuki Sawano and superfly). Promare is a movie that isn’t lacking in action.

Mixing 2D and 3D animation has been one of the biggest challenges faced by anime studios recently. Promare shows a promising example of it being done right, where the groundwork provided by some really great character and color designs serves as a solid base for the use of 3D. The transition between 2D and 3D elements provided by frequent collaborator studio SANZIGEN never feels disjointed. Each scene is an explosion of moving shapes and colors, a real feast for the eyes. Promare is certainly a pretty movie to look at, and to its credit, has one of the more creative depictions of animated fire I’ve ever seen.

But what makes Promare a must-see for fans of TRIGGER’s distinct brand of anime is how it feels like the ultimate statement of the studio’s creative spirit. Everything that comes to mind when you think of TRIGGER, Hiroyuki Imaishi, and Kazuki Nakashima; the visual techniques, the character tropes, the story quirks, and the “over-the-top” attitude is on display full-force in Promare. Only this time, it truly feels that they’ve moved beyond from just paying respects to the works that inspired them, and succeeded in cementing their style as belonging to no one else but them. Those who were already fans will be overjoyed to see what “peak” TRIGGER looks like, while those who aren’t yet will certainly get a kick out of a movie that puts the “animated” in “animated movie”.

In any case, Promare feels like a celebration of the identity of the studio and its creators: now full of confidence that what they’ve been doing so far works amazing, and that they’ll keep at it moving forward. The future for TRIGGER looks to be burning quite bright indeed. 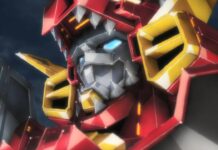 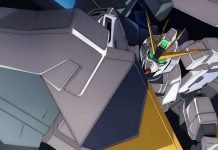