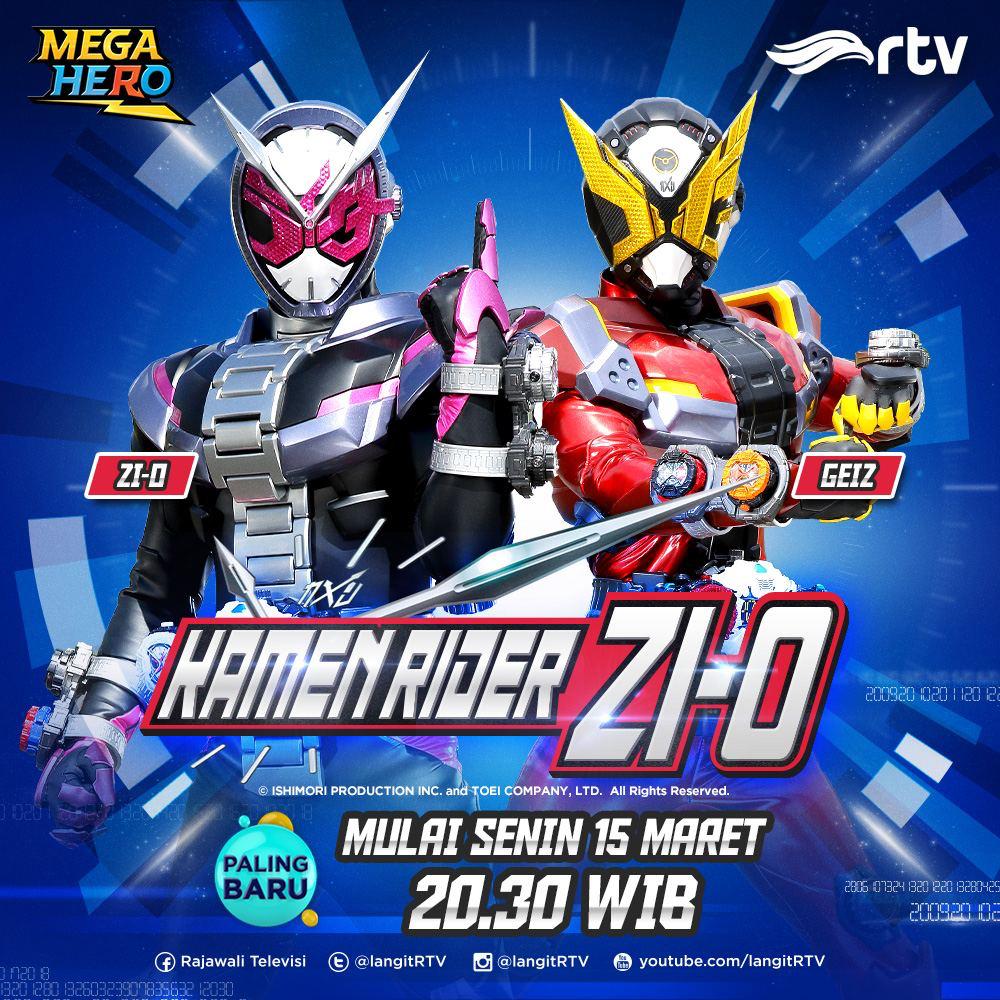 As previously reported, Indonesian TV station Rajawali Televisi (RTV) has postponed the debut of Kamen Rider Zi-O from February to March 2021. RTV has then confirmed through its social media accounts that the series will premiere on Monday, 15 March 2021 at 2030 West Indonesia Time (UTC+7).

Kamen Rider Zi-O is the 20th and last series of the Kamen Rider franchise to air in the Heisei period. The main character is Sougo Tokiwa (Sou Okuno), a high school boy in 2018 who dreams of becoming a king. However, a time traveling girl from 50 years into the future named Tsukuyomi (Shieri Ohata) comes to warn him that in the future, he would become the demon king of time Ohma Zi-O who rules the world as a tyrant with the powers of past Kamen Riders and has devastated the world. Meanwhile, another time traveler from Tsukuyomi’s time, Geiz Myokoin (Gaku Oshida), also comes to 2018 to kill Sougo before he becomes Ohma Zi-O. But when another group of time travelers called the Time Jackers appear to alter the history of the Kamen Riders for their own agenda, Sougo takes the Ziku-Driver from Ohma Zi-O’s herald Woz (Keisuke Watanabe) and uses the Zi-O Ridewatch to become Kamen Rider Zi-O and fight the Time Jacker’s Another Riders.

RTV has previously aired Kamen Rider Ex-Aid from September to November 2019, Kamen Rider Build from February to March 2020, and Kamen Rider Black from August to October 2020. The shows are also streamed on RTV’s YouTube channels.