Previously, it was announced that the creator of Coffee Talk and What Comes After, Mohammad Fahmi Husni or Fahmitsu will release a new game project tentatively called Project Heartbreak. In the Nintendo Indie Showcase event, it was announced that the game will be titled Afterlove EP. With Pikselnesia as the developer and Fellow Traveller as the publisher, the game is set to be released in summer 2022 on Playstation, Switch, and PC.

Afterlove EP is an adventure game that tells the story of Rama, a musician who just lost his lover. In the middle of his sadness, Rama wanders around Jakarta to find the meaning of his life. The game will be a mix of story-heavy adventure games, rhythm, and visual novels with multiple endings and branched paths.

“From the creator of Coffee Talk comes a slice-of-life adventure about love, loss and music. Explore modern Jakarta as Rama in his journey to learn about himself, create music, find love and come to terms with the loss of his girlfriend Cinta, whose voice still lives on in his head.”

Afterlove EP will also be featured in manga-inspired art. Illustrator Soyatu will handle the game illustration. For the music, the developer collaborates with a Jakarta-based rock band, L’Alphalpha. L’Alphalpha also had uploaded one of the game songs on their YouTube. 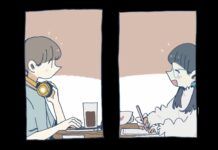 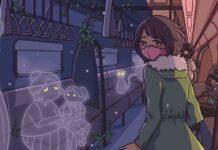