From April until September 2017 (with the exception of June because of Ramadhan), animation fans can watch Studio Ghibli’s famous works, from Spirited Away (1 – 7 April 2017) which received Best Animated Feature Film award in Academy Awards 2003, My Neighbor Totoro (1-7 May 2017), Ponyo on the Cliff by the Sea (1-7 July 2017), Princess Mononoke (1-7 August 2017), and Howl’s Moving Castle (1-7 September 2017). More information about cities, cinema locations, schedules and ticket prices can be obtained through their official website. 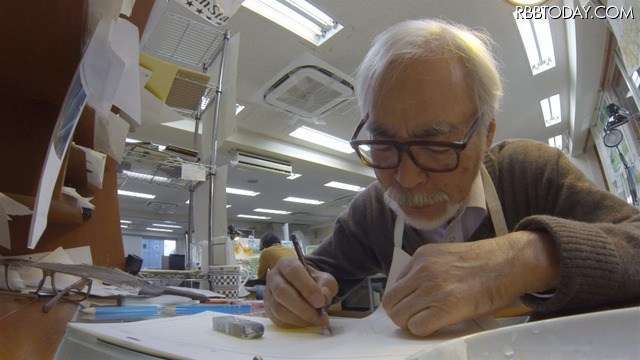 During the press conference in 30 March, Studio Ghibli’s co-founder and Executive Director, Toshio Suzuki was questioned regarding the possibility of Ghibli’s famed film director Hayao Miyazaki to attend the World of Ghibli exhibition. Suzuki responded that Miyazaki has not decided on that as of now. It is said that the Academy Award-winning director wishes to travel abroad only for vacations, not for business-related purposes. Thus, Suzuki was unable to give a definite answer.

As a director at Studio Ghibli, Hayao Miyazaki has directed nine animated feature films, including Spirited Away (2001) which received the Academy Award for Best Animated Feature in the 75th Academy Awards. Miyazaki has announced his retirement from making feature films after the release of The Wind Rises (2013), though he is still working on producing a CG animated short titled Boro the Caterpillar, which wil be shown at the Ghibli Museum. Back in February 2017, Suzuki also revealed that Miyazaki is interested to make another animated feature film, though it is yet to be produced and no staff have been assembled for it.