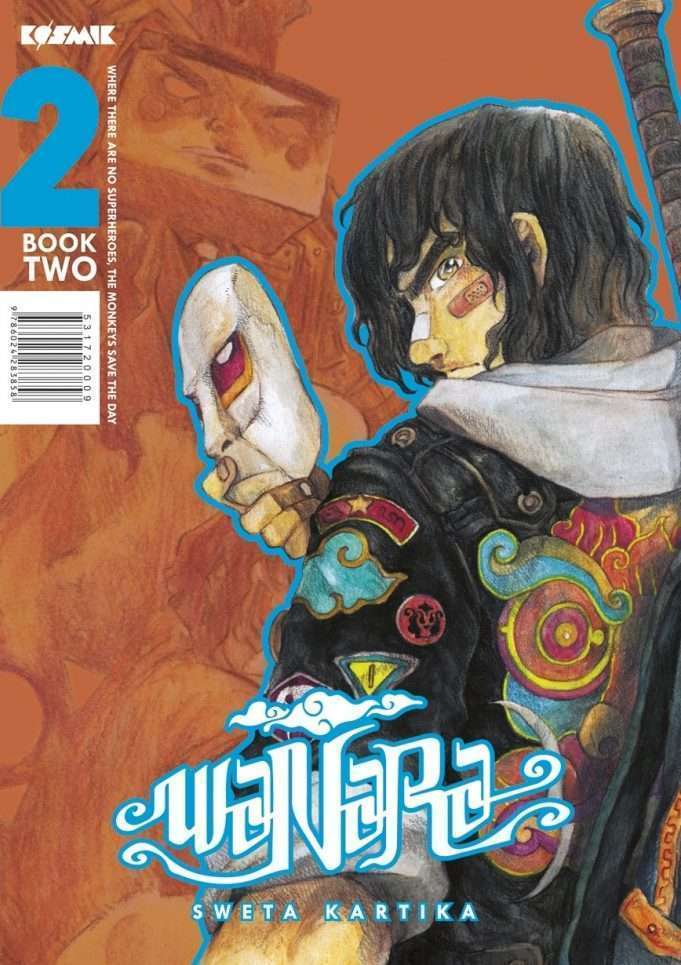 Indonesian publisher m&c! revealed through its official website, that the second volume of Sweta Kartika’s action comic, Wanara, has been released on 3 May 2017. The first volume of the comic was released by Kosmik and m&c! in December 2015 under the KOLONI label has also been reprinted.

Produced by Sweta Kartika in collaboration with Wanara Studio, the comic follows the adventures of Brata, Seta, Biebo, and ‘Monster’; four masked teenagers who fight crime in the city. The four of them met under life-changing events, which lead them to unite and fight against the Mafia group led by Big Boss Panda, which have conducted many criminal acts that involve government personnels and underground crime syndicates. Together with an ex-superhero named Panca, the young heroes fight to defeat Panda and his underlings, while uncovering the senior superhero’s dark past.

While the story is set in the future, this comic is also heavily inspired by local culture, combining its sci-fi element with traditional Javanese culture motifs.

Wanara was previously published in online comic platform makko.co back in 2010, until in 2015, the comic was released in physical format by Kosmik MOOK magazine and m&c! publisher under KOLONI brand. A teaser for this comic is also featured in Kosmik MOOK‘s second edition.

Sweta Kartika also announced the release of a spin-off, Panca Sang Perkasa (Panca the Mighty). This comic tells the story of the previous generation hero, Panca and his past. Unlike Wanara, this comic is not available in bookstore and can only be ordered here.

Sweta Kartika is one of the prolific young comic artists in Indonesia. Among his many projects other than Wanara he also produced the romance comic Grey & Jingga, also published by m&c! and has been licensed by Japanese digital publisher Comic Catapult, and serialized the action-romance comic Spalko in the comics magazine re:ON.