Powerlessness and Loss in Battle of Surabaya 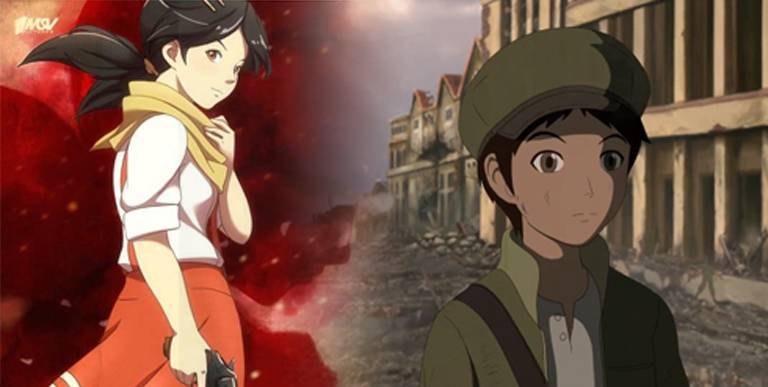 In this film, Musa is a boy who served as a courier for pro-independence militia around the port city of Surabaya, while Yumna helped the militia as a medic. Aside from delivering personal letters between the militiamen and their families, Musa is also entrusted to deliver secret messages. He was later caught by the Allied soldiers with the help of Kipas Hitam (Black Fan, based on the name of a real life organization), a paramilitary organization formed by the Japanese occupiers that had strayed from their purpose. Yumna, who had been forcefully inducted into Kipas Hitam in the past, guided a number of militiamen to rescue Musa from Kipas Hitam’s hideout. Unfortunately, although the mission managed to free Musa from the hideout, Yumna was shot dead in the operation.

This story progression shows a deviation from the typical pattern of an action/adventure story. First, the film reverses the role of the male and female characters, in which it was Yumna who had to save Musa from the enemy, not vice versa. Although Musa is the main male character and the story is focused on him, he has to experience the position of being powerless and contested like a plot device, as though taking on the stereotypical role of female characters. While the female character Yumna is shown to be in a more powerful position by having been trained in fighting.

Second, Yumna’s fate foreclosed any possibility of romantic resolution in the relationship between Musa and Yumna. While Musa did show affectionate feelings to Yumna, these feelings cannot be reciprocated because Yumna’s death made it impossible for her to be his lover afterwards. Regardless of what Musa might be able to accomplish later, Yumna is no longer available to be a ‘prize’ for him. This further reinforced Musa’s powerlessness, as being the one who needs to be saved, he cannot save others like a typical male hero.

If Battle of Surabaya merely a conventional action/adventure film, then Musa would have learned how to use weapons, defeated enemies in war, saved Yumna, and became lovers with her. But the film does not allow Musa to solve any problems he faced, and does not reward him any benefit from the conflict between the pro-independence militia and the Allied forces. Even his duty as a courier ended up becoming hollow as the destruction that the battle has brought to the city no longer left any destination for him to deliver the letters he carried.

Unlike a typical action/adventure story that promises glorious victory and rewards for the male character, Musa can only be swept away in the war in his powerlessness and the losses he had to endure. Yumna’s role that met her end while she had to be saving Musa becomes the key symbol of Musa’s powerlessness and loss. It is in these aspects that the film best undermines the conventions of action/adventure genre, and best nailed the main message of the film as delivered by Musa’s mother; there is no glory in war.

Admittedly, Battle of Surabaya has not been able to be a fully consistent film. Not all the elements in the film can support its main message. But I am confident to say that the way the film develops and resolve the relationship between the main male and female characters is a bold idea for Indonesian standard. It shows that the creator of this film’s story can think of ideas that are not bound into conventional patterns. This is a potential that can be developed and refined further. 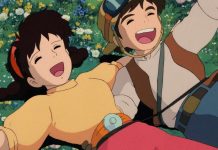 Opinion: When Romance is Not Everything – Reading Relationship in “Castle in the Sky”