After the special screening of Kantai Collection the Movie was held in April, the film distributor CB International Movie announced that the film will also receive a regular screening in Indonesian cinemas starting in July. Following that announcement, Aniplus Asia’s official Facebook page announced on Friday (30/6) that the regular screening starts on 5 July in select CGV Cinemas.

Further, through their official Facebook accounts, Cinemaxx and Platinum Cineplex has also confirmed that the film will be shown on their cinemas. At the time of the writing of this article, the official website of Cinemaxx has listed the film to be shown on its theateres in Bali, Kupang, Palembang, Semarang, dan Tangerang. While Platinum Cineplex in Cibinong, Solo and Sidoarjo has announced to screen the film.

Kantai Collection The Movie has been screened in Japanese cinemas starting on 26 November 2016. The film is a spin-off from the anime series which was aired in early 2015.

Kantai Collection or KanColle is adapted from a web-browser free-to-play game under the same name by Kadokawa Games. This strategy and card collecting game tells the tale of war between ship fleets which are represented as a moe girls, or known as fleet girls or kantai musume (shorten as kanmusu), and alien fleets which conquers the sea. Kantai Collection is one of the popular web-game in Japan with 2,2 million players until September 2014. As a result of being popular in Japan, Kantai Collection is adapted to comic series, light novel, tabletop RPG and anime.

The trailer for Kantai Collection​ The Movie can be watched here:

Kantai Collection anime has been aired in Indonesia via Aniplus. Aniplus is a television channel which specialises in airing anime, both completed series as well as series that are still ongoing in Japan. In Indonesia, Aniplus is available via subscription on two cable TV, Telkom (USeeTV) and Trans Vision. 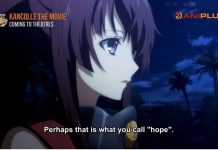 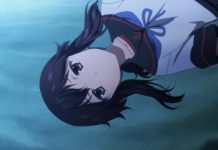 Kantai Collection the Movie to Get Regular Screening in Indonesia 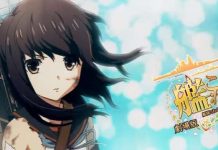