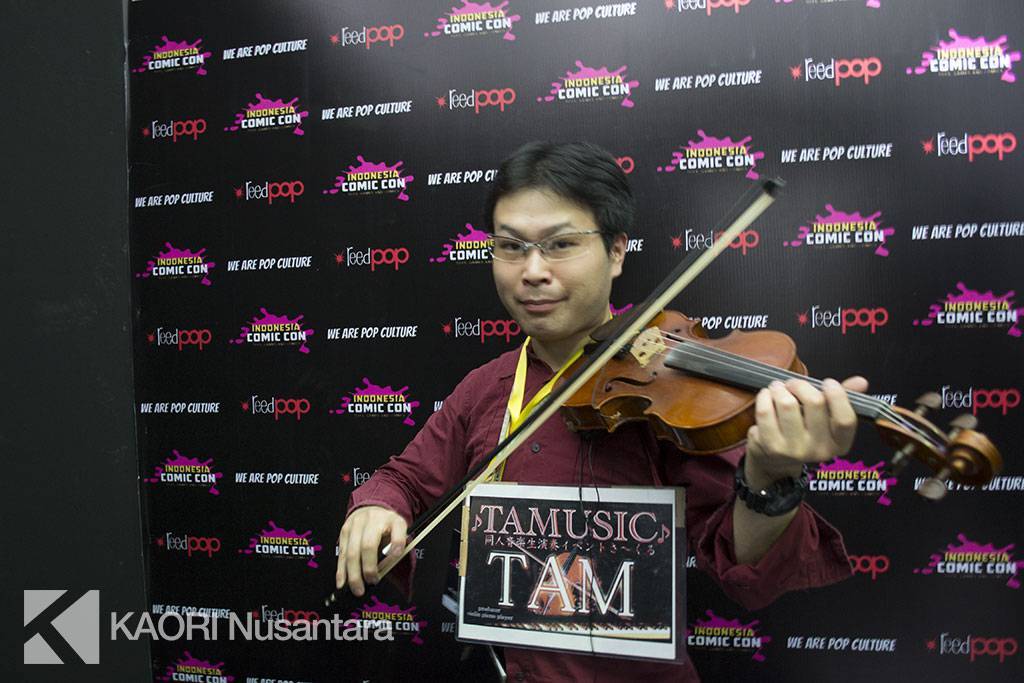 TAMUSIC is an indie producer who has been rearranging various songs from Japanese anime since 2005. He is recognised through his works, particularly in rearranging Touhou songs.

TAMUSIC was in Indonesia Comic Con 2015 during 14-15 November in JCC Senayan, Jakarta. Here’s the interview from KAORI.

Welcome to the Indonesia Comic Con. Since this is your first time in Indonesia, can you tell us your experience so far?

I feel so happy. My previous event in STGCC (Singapore Toys, Games, Comic Convention) has been very lively, and now in Indonesia, I saw immense enthusiasm. I have met many people and felt a new kind of experience. My throat is sore today due to my lack of rest during the last two-three days and because of yesterday’s performance (Saturday), which got very extraordinary reception from the fans.

Many indie music producers came to Indonesia Comic Con during these two days, have you met with them yet?

Yes, I’ve met with them and I also had a chance to exchange the CDs with them.

Is there a genre of music or a particular fandom that you are interested in?

I don’t have any preferences for a fandom or a particular genre. If there’s anything that I’m passionate about, I will immediately work on it, as simple as that.

In Japan, Comiket is crowded with producers of indie music, have you ever heard about producers in Indonesia before?

What are your future plans and whether you will collaborate with artists in particular?

Nowadays it seems rather difficult to collaborate because I have a very tight schedule. Every week I have to do perform a live performance. Currently, my schedule has been arranged for next 16 weeks, so when it comes to collaboration, maybe it won’t be possible in the near future.