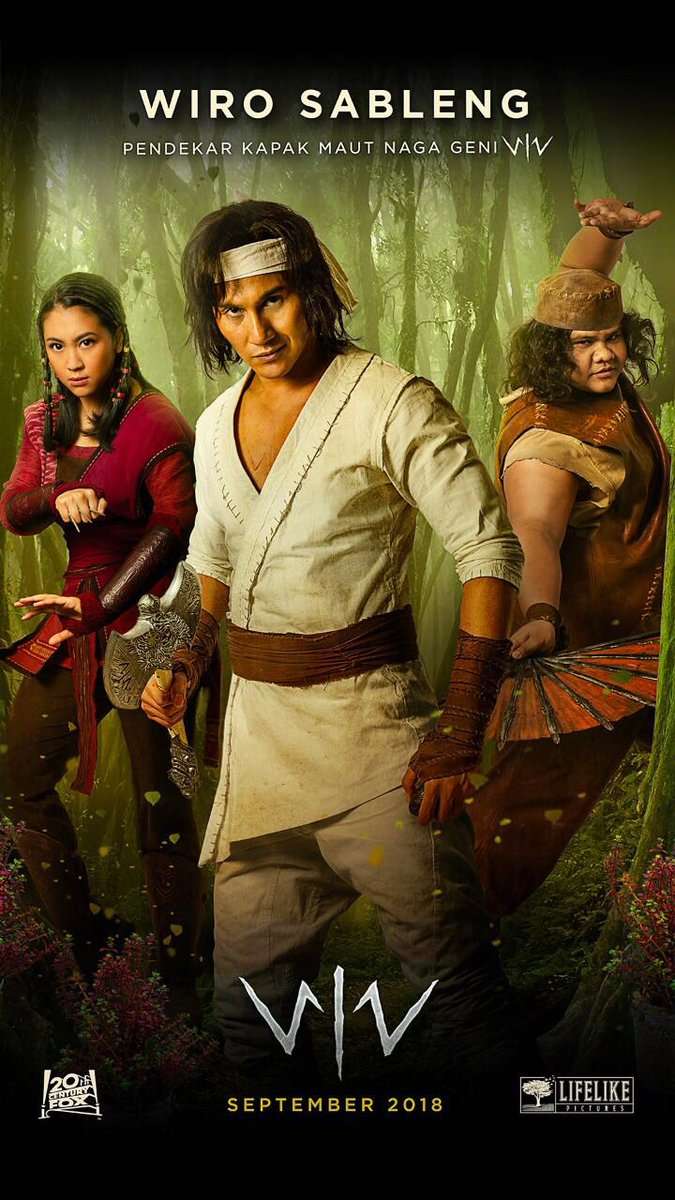 Previously, it was announced that Lifelike Pictures, the production house behind The Forbidden Door (Pintu Terlarang) and Tabula Rasa films led by Sheila Timothy, is planning to work on a new film based on Indonesia’s famous silat (martial arts) story character, Wiro Sableng. On Tuesday (13/2), LifeLike Pictures revealed the poster of the film, featuring three main characters, Wiro Sableng, Anggini, and Bujang Gila Tapak Sakti. The visual also announced that the film will premiere on September 2018. In addition, each character also gets their own character posters, which are posted along with character descriptions.

The main character, Wiro Sableng, will be portrayed by Indonesian actor Vino G Bastian. Vino is the son of Bastian Tito, Wiro Sableng‘s original creator. Wiro is portrayed as a strong young fighter who acts mad most of the time, which makes his opponents underestimate him.

Indonesian singer and actress Sherina Munaf will take the role of Anggini, the pupil of Dewa Tuak. Anggini is described as a smart fighter who yearns to become the greatest martial artist, and battles against evil martial artists. Her weapon is her silk scarf and silver spike. This also marks the return of Sherina as an actress. Prior to this film, she was the star of the children film Sherina’s Adventure (Petualangan Sherina) which was released in 2000.

Indonesian actor Fariz Alfarizi will take the role of Bujang Gila Tapak Sakti, a strong martial artist who was once imprisoned in the crater of Mount Mahameru as punishment. This is Fariz’s first major role in a film. Previously, he was a part of Uwais Team, an action choreography group led by Indonesian famous martial artist and actor Iko Uwais (The Raid Redemption, Man of Tai chi, Beyond Skyline). He also played supporting roles in some action films like Headshot and The Raid 2.

Wiro Sableng is the main character in a silat comic series which has been published since 1967, and gained popularity during the 1990s when it was adapted into a couple of films and TV serials. Wiro Sableng ia known for his double-edged axe as his weapon and the “212” number on his chest.