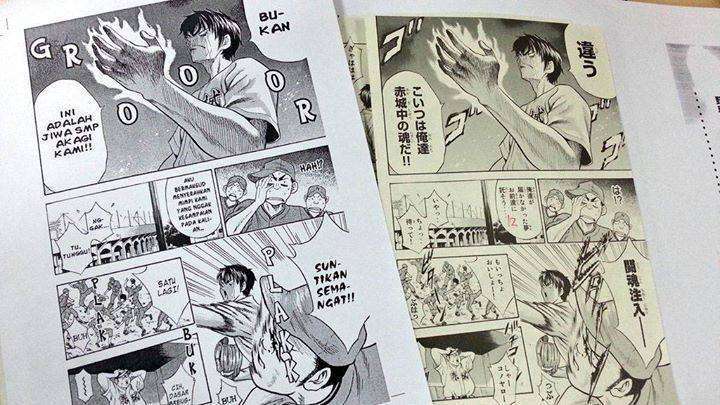 Following Elex Media Komputindo‘s announcement that Ace of Diamond will be released in Indonesia, they have now announced that the baseball manga is ready to release on December 23, 2015.

Ace of Diamond is a sports manga written and illustrated by Yuji Terajima. First published in Weekly Shounen Magazine in 2006, the manga tells the story of Eijun Sawamura, a pitcher in an elite school baseball team alongside with the catcher Kazuya Miyuki. He hopes to compete in the national tournament, together with his team.

The manga itself has received the Shogakukan Manga Award in 2008 and Kodansha Manga Award in 2010, both for shounen category. Ace of Diamond also had received an anime adaptation in 2013 by Madhouse studio and Production I.G.

Elex Media to Release of “Tonikaku Cawaii”, “The Grim Reaper and the Argent Cavalier”, and “The Pharmacist’s Monologue” Manga

Oh! Great’s “Bakemonogatari” to be Released in Indonesia

Live Action Me VS Big Slacker Baby Will be Aired on...