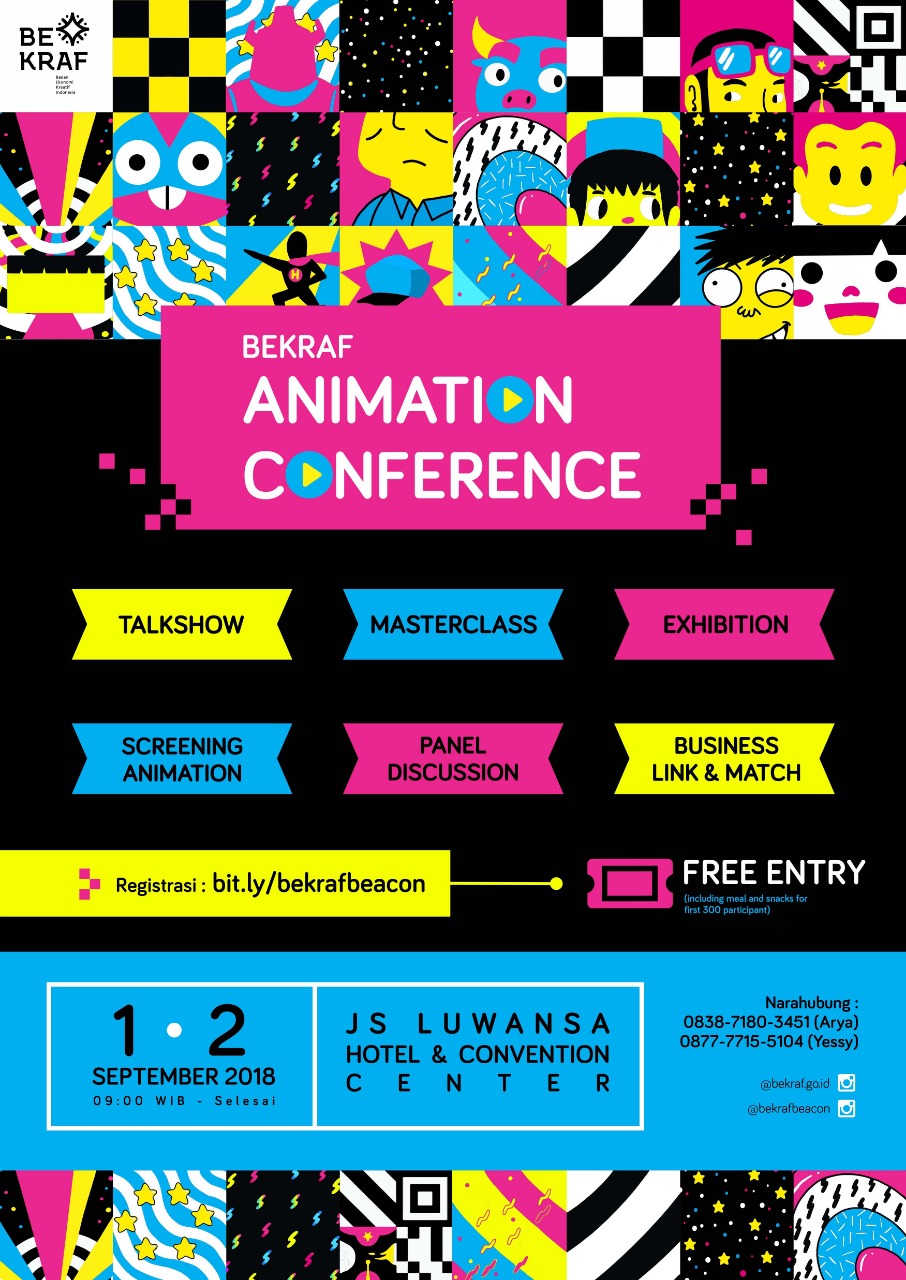 On Monday (27/8), Badan Ekonomi Kreatif Indonesia or Bekraf (Indonesian Creative Economy Agency) announced that they will screen five Indonesian animated films in Bekraf Animation Conference (Beacon) event. The event will be held  on 1 and 2 September 2018 at JS Luwansa Hotel & Convention Center, South Jakarta. The films that will be screened are Si Juki the Movie, Battle of Surabaya, Knight Kris, and D.O.A. The screening event will also be attended by creators of the films, including director of Si Juki the Movie Faza Meonk, director of Battle of Surabaya Aryanto Yuniawan, Ridwan Santoso from Viva Fantasia Animation, and Co-Producer of D.O.A Eki N.F.

Produced under collaboration between Kumata Studio and Falcon Pictures. Si Juki The Movie: Panitia Hari Akhir tells the story of Juki, a character who claims to be anti-mainstream, as a celebrity who is in his peak of fame. Being innocent, humorous, and brave enough to stand out had made him beloved by everyone, until a mistake turned him into the number one enemy of the society. At the same time, a falling meteor threatens to destroy Indonesia. When a young and talented scientist named Erin asked Juki to stop the meteor. The film had been released on December 2017 and has been gathered around 600,000 viewers in Indonesian Cinemas. 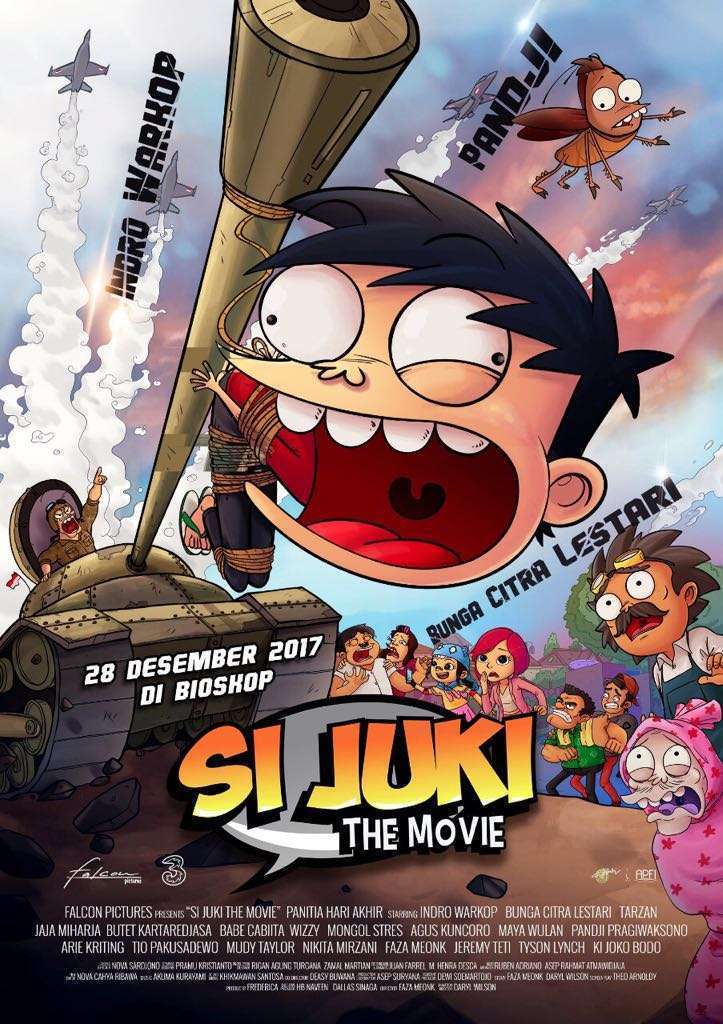 Battle of Surabaya (International title: November 10th) is an animated feature film by MSV Pictures, screened in cinemas all over Indonesia, to commemorate the 70th anniversary of Indonesia’s independence. Taking place during the events on the 10 November 1945, the movie tells the story of Musa, a young shoe polisher working as a courier for the fighters of Surabaya. The film had also received an award in India and was screened in Ireland. 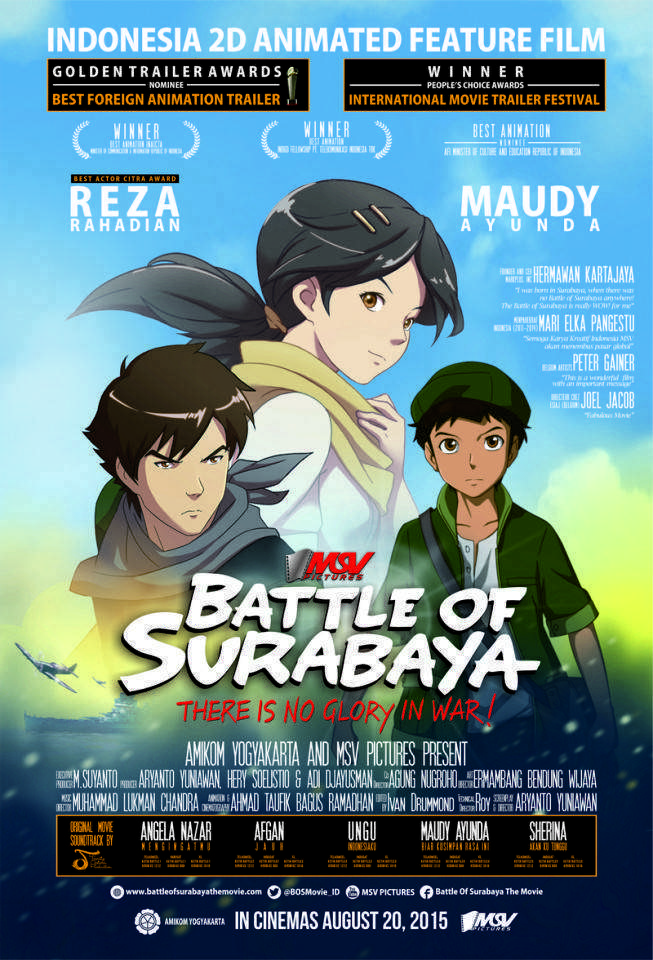 Created by Viva Animation Studio, Knight Kris tells the story of Bayu, an eight years-old boy from Hening Village who found a magical kris (a traditional asymmetrical dagger) from a mysterious temple in the middle of the Forbidden Forest. That Kris gives Bayu the ability to transform into an armored tiger knight. At the same time, from its sheath, a giant rose and rampaged around the village, destroying everything and turning the villagers into stone figures. Along with his cousin, Rani, Bayu has to save the villagers by returning to the place where the kris was made. The film had been released in November 2017, and had been adapted into a novel in 2017. 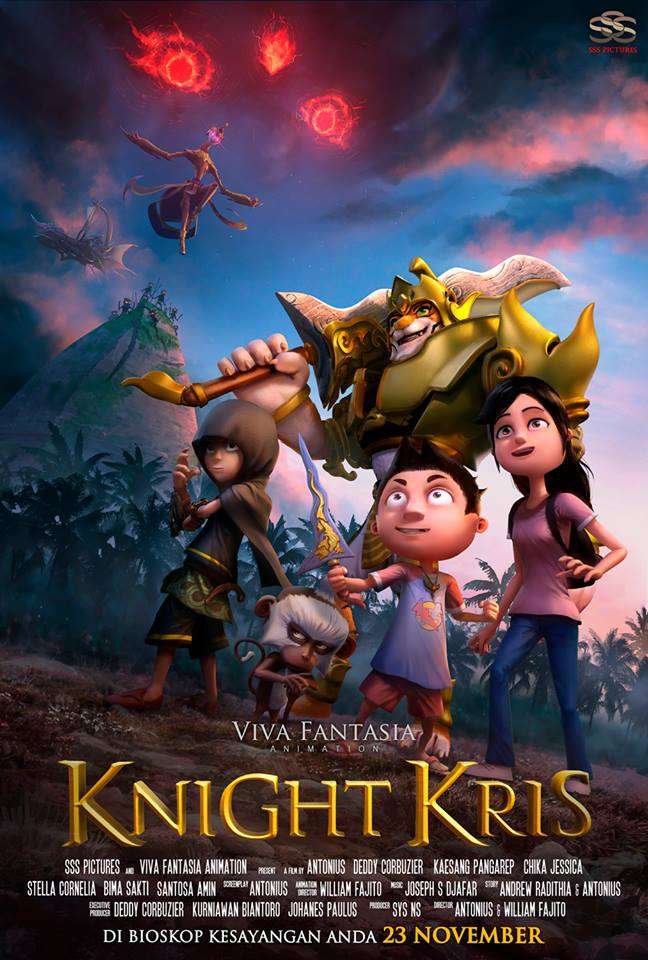 D.O.A (Doyok, Otoy, Ali Oncom) is an Indonesian animated series produced by MPIC animation studio. It tells the stories of three characters named Doyok, Otoy, and Ali Oncom, and how they spend their life in a big city in Indonesia. The series has been aired by Indonesian private TV channel MNCTV with each episode lasting 7 minutes. 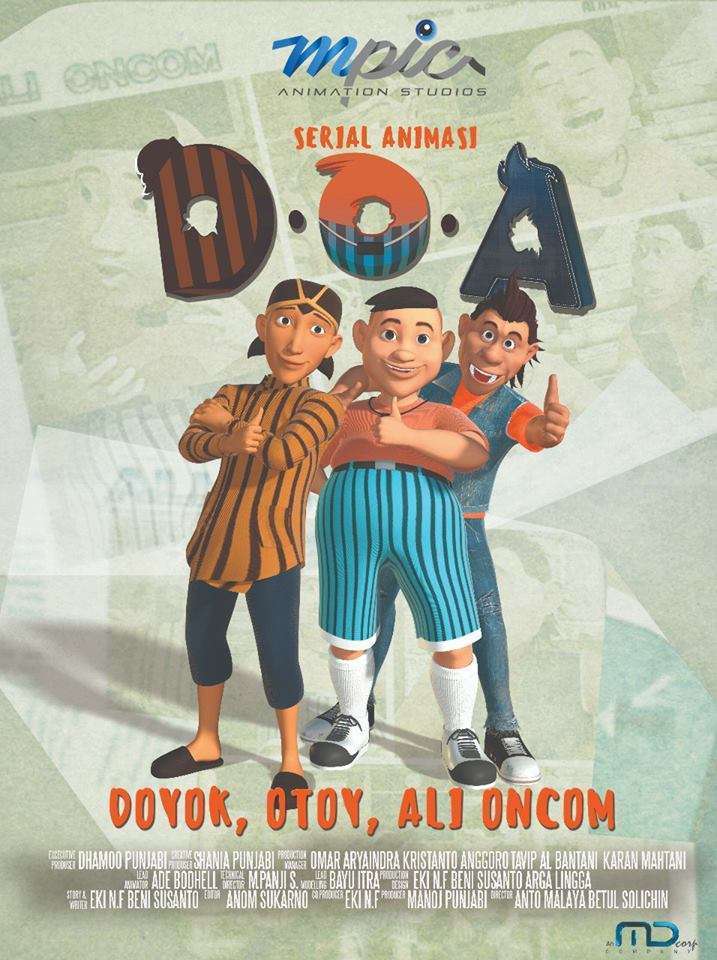 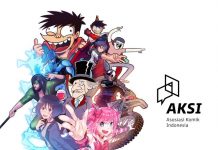 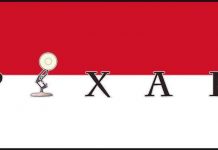 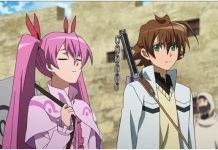