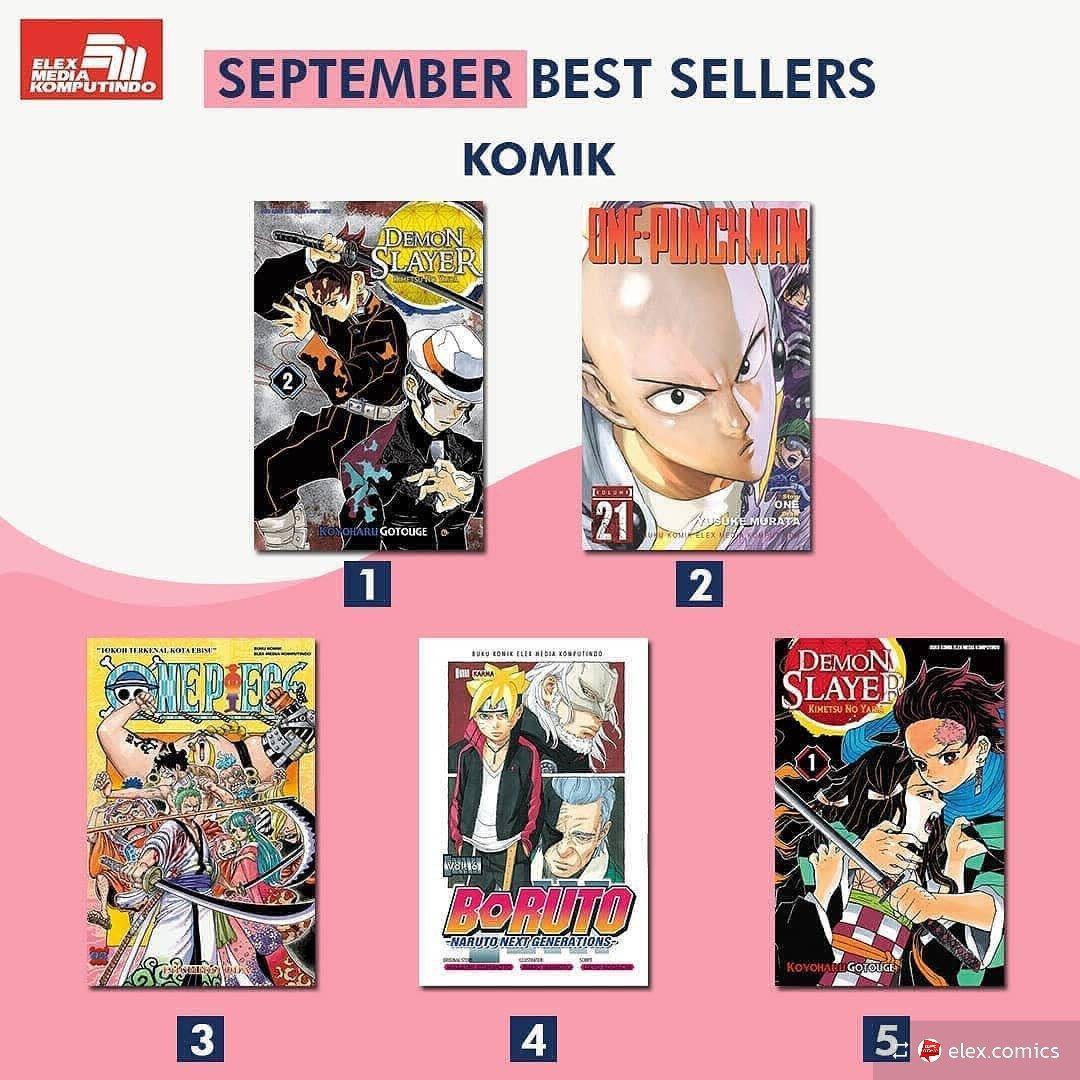 On Monday (12/10), the Twitter account of Elex Media’s editor of comics has posted a list of the publisher’s five best-selling comic books in the month of September 2020. The second volume of Demon Slayer: Kimetsu no Yaiba, which was released on 9 September 2020, takes the first place in the list. Previously, the first volume of the manga also tops Elex Media’s best seller list in the month of June 2020.

How the Indonesian Dub of “Demon Slayer: Kimetsu no Yaiba” Gets Made – Part 2: Interview with Sharon Haring and Hermawan