In 2019, Indonesian game developer Mojiken Studio released two games: The Raven Monologue and Bayu Lintar Angin. The games are products of their internal program called #MojikenCamp2. In the program, they experimented by creating a narrative using only interactive art. The games produced from that experiment share the same characteristics: they are simple. The player simply gives inputs to see what happens next. The key talking point from both games, however, is that they have no dialogue.

And then, around 22 September 2020, Mojiken Studio released their latest game, When The Past Was Around, on PC, with console released in December. It’s a point-and-click adventure game where the player takes the role of Eda, a violinist who befriends a mysterious person with an owl’s head. At a glance, it’s a simple point-and-click adventure game. However, the game shares the same writing philosophies as The Raven Monologue and Bayu Lintar Angin: It has no dialogue.

And this is really unique, since point-and-click adventure is a genre that relies heavily on puzzles and the story. Even Monkey Island‘s creator Ron Gilbert stated the element that brings adventure games to life is the stories around which they are woven. In this case, having dialogue in point-and-click adventure games is almost necessary. What should the player do? How can they solve the puzzle? Why is the puzzle there in the first place? Dialogue is the obvious means through which players can have an idea about what actually happens in the scene.

Perhaps some people would feel confused that I put When The Past Was Around in the same category with Monkey Island, the Sam and Max series, or Grim Fandango. But I feel it’s appropriate. This game heavily revolves around puzzles and the story moves forward when the puzzle is solved. This is pretty much similar to other point-and-click adventure games. In his book Level Up!, game designer Scott Rogers defines this specific game as the “Graphical Adventure” genre. He describes those games as the subgenre of adventure games that “has players use a mouse or cursor to click to uncover clues and navigate around,” which is a trait that is also shared by When The Past Was Around.

For the game itself, it’s worth noting that When The Past Was Around uses the same approach as The Raven Monologue. Both games use surreal art to convey what actually happens in the story. At first, I think this is simply an artistic choice, but when it comes to the whole narrative, it suits the no-dialogue approach really well. It gives the player an awareness that what happens on the screen is simply a concept or representation of something. With this understanding, the player could easily create their own interpretation of what happens in the story even without dialogue.

It’s also worth noting that the art itself is also beautiful. When it comes to Indonesian game studios, I think Mojiken is one of the best when it comes to the visual department. Not to mention, the soundtrack is also amazing. There are some little details that fascinated me about the sound design, like how the menu UI gives the sound effect that resembles the game soundtrack. For many players, the striking visual and beautiful soundtracks are probably what attracts them into the game.

The result is a game that invites players to think about the meaning of the game and encourage them to give their own interpretation of the game. It’s unique because I don’t think I’ve ever experienced something like this in a point-and-click adventure game. Maybe I’ve felt it in some other adventure game like Journey or Shadow of Colossus, but both games involve some action. In the adventure sub-genre that relies heavily on puzzles, this is the first time for me.

So, how does the developer of When The Past Was Around communicate the puzzle’s intention without any dialogue? Even in normal point-and-click games, the developer’s intention is still often misunderstood. If that happens, the player will be stuck in an area without knowing what they should do. This could lead to frustrated players trying to just interact with every in-game object possible, trying to brute force their way to the next part of the story.

To overcome this issue, game design analyst Mark Brown in his YouTube channel suggests three things that a developer should keep in mind when designing the puzzle. The first thing is to provide goals. The goal of the puzzle must be clear to the player, whether it’s to find the key, impersonate someone, or move something. The second is signposting. The sign which tells players what to do to solve the puzzle must be clear. If players need to impersonate someone, then what to do or how to get the disguise must be clear. The third is feedback. If players submit the wrong solution, the response must give the player a clue that will lead them to the solution.

And here lies the challenge. When The Past Was Around has no dialogue. With no dialogue, it will be hard to convey those things. The goals, signposting, and feedback should be conveyed only visually or by sounds. In fact, without dialogue, the system could not really give useful feedback aside from using sound notification. So what else can it do to take the player to the right direction for solving the puzzle.

Next Page: puzzle design and the experience 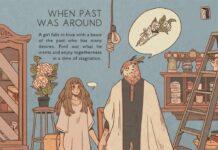 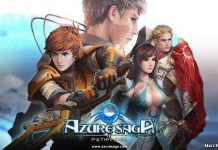 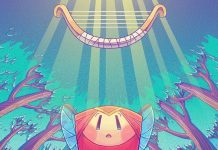 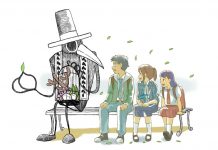