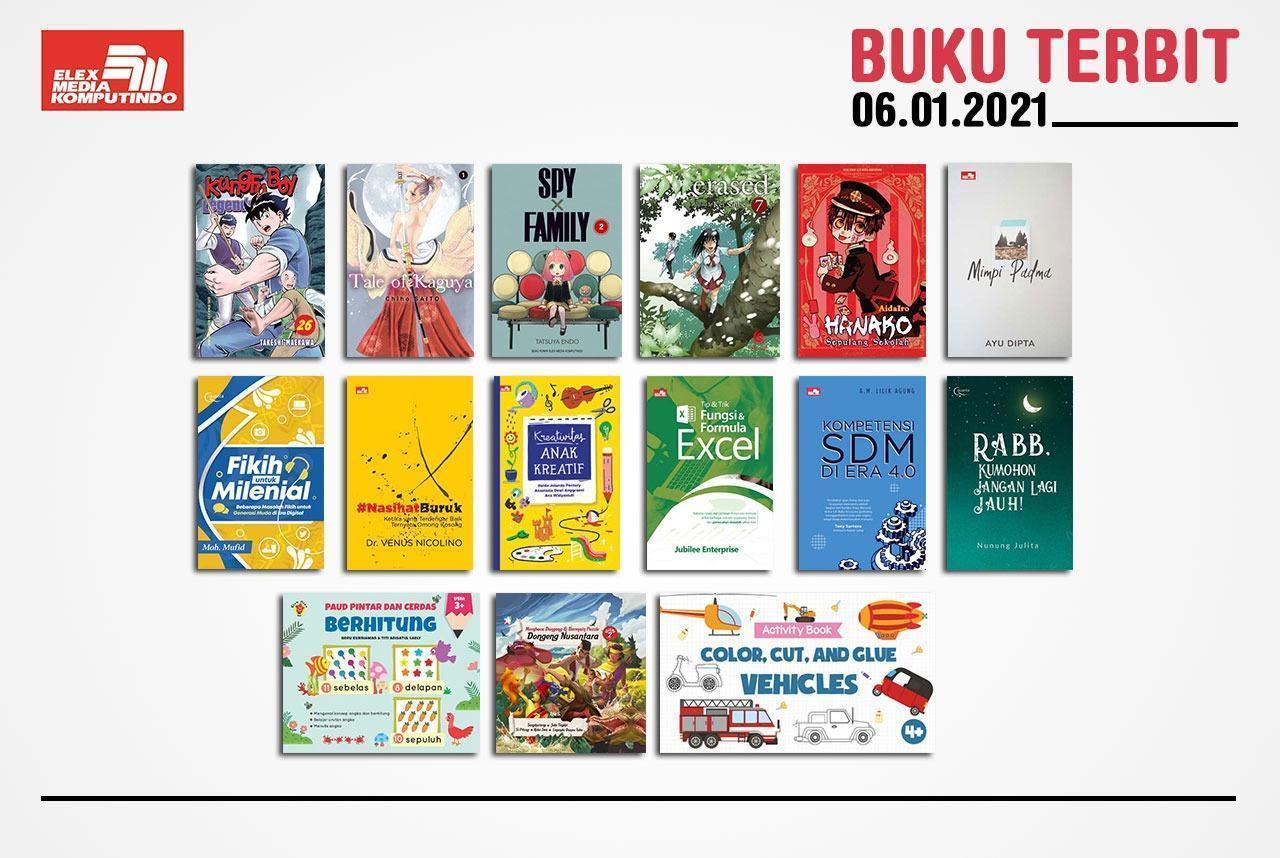 Indonesian comics publisher Elex Media Komputindo has released AidaIro’s Hanako Sepulang Sekolah (Houkago Shounen Hanako-kun) and the first volume of Chiho Saito’s Tale of Kaguya (Kaguya-den) among the newly released books in the first week of January 2021. Both books are scheduled to ship on Wednesday (6/1) with the former’s retail price being IDR 30,000 and the latter IDR 28,000 (about US$ 2).

Hanako Sepulang Sekolah is the spin-off to Hanako Si Arwah Penasaran (Jibaku Shounen Hanako-kun) by AidaIro. Elex Media has been publishing Hanako Si Arwah Penasaran since March 2019. Serialized in Square Enix’s GFantasy magazine since June 2014, the manga tells about the number seven mystery in the Seven Mysteries of Kamome Academy, Hanako. Hanako is a ghost who lives in the third toilet on the third floor of the old school building and rumoured to grant wishes. The story revolves around Nene Yashiro who always gets involved in supernatural matters at her school. The manga has been collected into 14 volumes at the time of this writing, while Elex Media has published the manga up to volume 11. A 12-episodes anime adaptation produced at studio Lerche has aired from January to March 2020.

The spin-off Jibaku Shounen Hanako-kun is hosted on pixiv comic before collected into a single volume released in August 2019. Elex Media has previously teased the spin-off in September 2020, describes the the book as “containing 15 short stories of Hanako and friend’s after school activities.”

Tale of Kaguya (Kaguyaden) is Chiho Saito’s new take on the classic tale set in the Heian era. The main character, Tsukuyomi, is a girl who disguises herself as a man to look for the truth of a massacre on the night of full moon that killed her brother. The manga is serialized in Shogakukan’s Flowers magazine since 2018 and has been collected into 6 volumes at the time of this writing.

Elex Media had first teased Tale of Kaguya in October 2020, and in December has posted a sneak peek of the Indonesian translation of the first volume with planned release on the first week of January.

CLAIMER: the availability of books at bookstores / agents may differ from the planned schedule, especially for regions outside of Java island To obtain accurate information regarding the availability of the book, it is advised to contact the Customer Service of your stores of choice for confirmation. For Gramedia bookstores, the contact numbers can be obtained via email customercare@gramedia.com