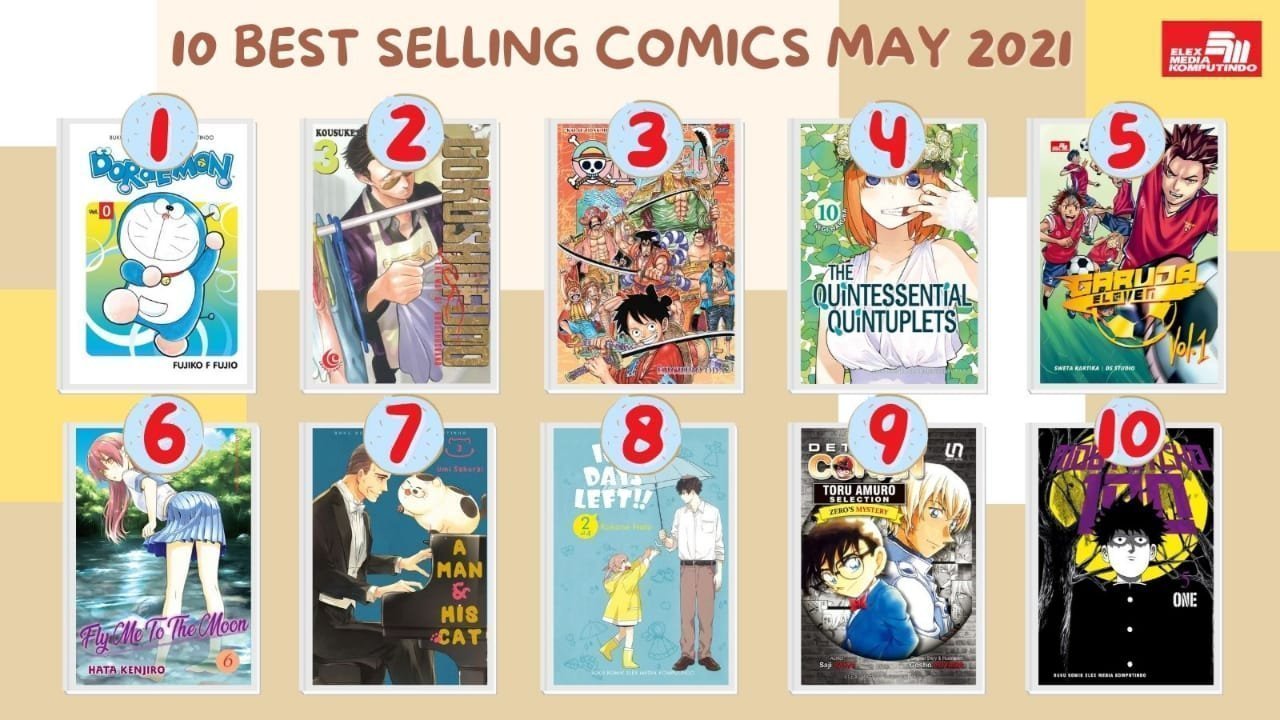 On 2 June 2021, the Twitter account of Elex Media Komputindo‘s editors of comics has posted a list of the publisher’s ten best-selling comic books in the month of May 2021. The special “Volume 0” of Doraemon takes the top spot of the month’s list. The list also includes one Indonesian comic book, Garuda Eleven, in the fifth place.

Here is the full list of Elex Media’s best-selling comics in May 2021:

Doreamon Vol. 0 was released by Shogakukan in 2019 to celebrate the manga’s 50th anniversary. The book features six versions of the first chapter of Doraemon that were published in six different magazines tailored to suit the respective magazines’ target audience. Elex Media has published the main Doraemon manga series and various other Doraemon-related books since the 1990s. The Doraemon anime series has also been aired in Indonesia with Indonesian dub by RCTI since the TV station began broadcasting in 1988.

Garuda Eleven tells the struggles of five teenagers of Praja Garuda Kencana football academy as the academy is threatened with closurewhen the sponsors decide to pull out. Created by prominent Indonesian comic artist Sweta Kartika in collaboration with Batavia Pictures, the story is told in a Webtoon series produced by writer-artist duo DS Studio before getting published in print.