Supported by Plaza Blok M and World Cosplay Summit Indonesia, Road to KAORI Expo will be held at August 6-7, 2016 on the 6th floor of Plaza Blok M, South Jakarta. This pop culture event aims to combine entertaiment, community, and education contents. Road to KAORI Expo will also becomes the first pop culture event in Indonesia that presents a discussion panel. This event will also held various competitions, contests, and creative activities from some Japanese culture communities.

Experienced in organizing a semi-formal discussion titled Forum Anime Indonesia (Indonesian Anime Forum), KAORI Nusantara will organize the first panel discussion program in an anime pop culture event in Indonesia. This panel will be held for two days in Road to KAORI Expo event and discuss various popular topics around anime and otaku culture in Indonesia.

Anybody can participate in this public discussion. KAORI Nusantara also offers you an opportunity to be a panelist in this discussion (panelist registration details will be announced later). Any visitor can attend this open discussion freely with no additional fees.

For those who like singing, there will be Karaoke Contest. And for those who have talent and interest in voice acting, you can test your ability in a Seiyuu Contest.

This live streaming program is scheduled for two days. This is also the chance to support Indonesian Cosplayere who compete as Indonesiab representatives in the international cosplay competition. In this 5th participation, Indonesia choose Rian Cyd and Frea Mai from Jakarta as representatives in a team called CRUSNIX. They will depart on 29 July 29 and cosplay as characters from Trinity Blood Series. Can they bring the best result for Indonesia just like the other representatives before? Let’s hope the best for them and don’t forget to show your support in Road to KAORI Expo.

Express Yourself in Creative Alley

As a media that consistently reports on the latest information about Indonesian Creative Industry movement, Road to KAORI Expo also supports creative industry by bringing them closer to the general public. In this event, there will be a special area called Creative Alley. Inside Creative Alley, visitors can enjoy many works and creations from various communities and circles. More information about Creative Alley’s registration will be announced soon.

Situated in www.kaorinusantara.or.id, KAORI has 8 years experience of managing one of the most vibrant anime (Japanese animation) culture community with nationwide reach in one of the country with most dynamic growth of economy.

KAORI determined to become the best news website and community base in Indonesia with focus to market needs and Indonesian creative industry.

KAORI established in 28 Mei 2008 with the aim to bring the latest news and coverage about anime in Indonesia. In 22 December 2008, KAORI forum had been established as a discussion platform for any anime fandom and Japanese culture enthusiasts. As a forum, KAORI aims to create unique, different, and critical discussion place, but more comfortable compared to other Indonesian communities that already has been established.

For further information about KAORI Expo, you can contact: 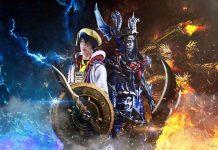