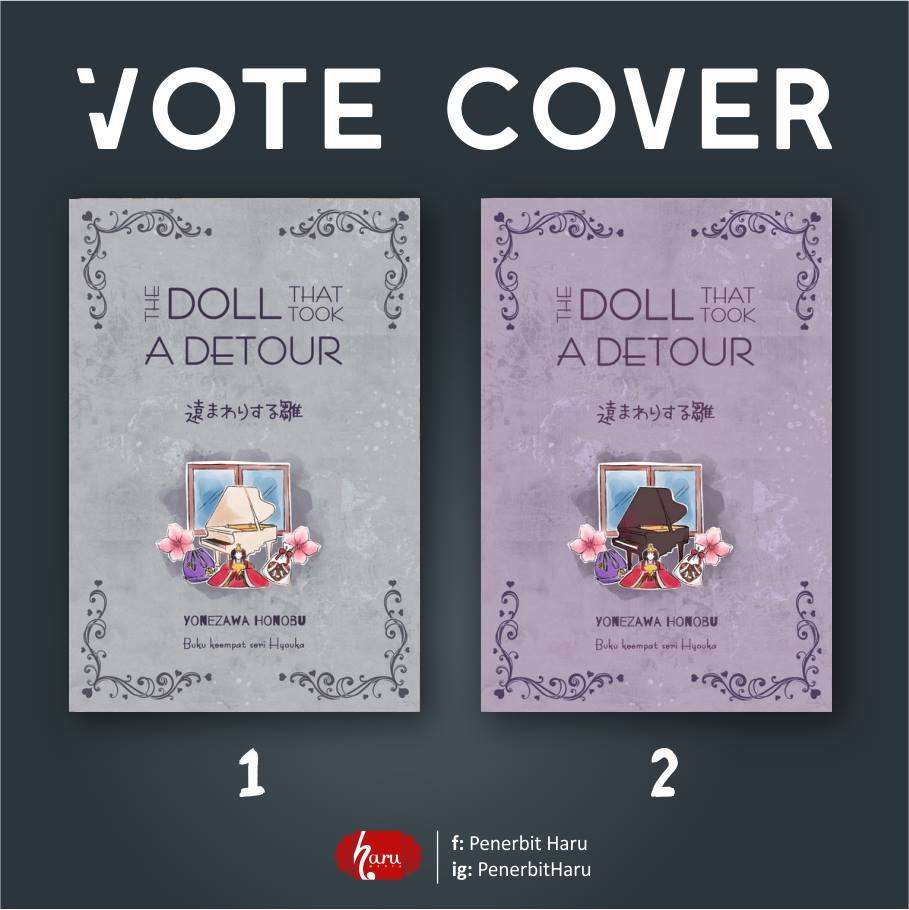 On Friday (15/2), Penerbit Haru has announced that they will release the fourth novel in Honobu Yonezawa’s Classic Literature Club (Kotenbu) series, The Doll that Took a Detour (Original title: Toumawari Suru Hina), in Indonesia. The announcement was made in a post on their social media account which shows two different versions for the book’s cover, and fans can vote which cover they prefer. More information about the release date and price for the book has not been announced yet.

Unlike the previous books, The Doll that Took a Detour consists of short stories that revolve around Oreki and other classic literature club’s daily life. As a first-year student in Kamiyama high school, Oreki still needs to solve some small mystery cases that happen around him.

First written in 2001, Kotenbu series tells the story of Houtarou Oreki who was forced to join The Classic Literature Club in his new school by his sister. There, he met with various persons: Satoshi Fukube, the self-proclaimed “database”; Mayaka Ibara, his acquaintance from middle school; and Eru Chitanda, a person full of curiosity. Together, Oreki and other classic literature club members involved in some mysterious cases that happened in their school. In the first book, Hyouka, Oreki got involved in a mystery from 33 years ago: about Chitanda’s Uncle, about what happened at the Kanya Festival that year, and about the meaning of “Hyouka” itself.

The novel series has inspired an anime adaptation in 2012 produced by Kyoto Animation and also a manga adaptation in the same year. The novel had also been adapted as a live-action film that debuted in November 2017.

In Indonesia, Penerbit Haru has published the first three novels in the series. The first novel is released in December 2017 with Indonesian edition cover designed by Cynthia Yanetha and translation by Andry Setiawan. The Second book, Credit Roll of the Fool, and third book, The Kudryavka Sequence, also has been released with Indonesian cover that voted previously by fans.