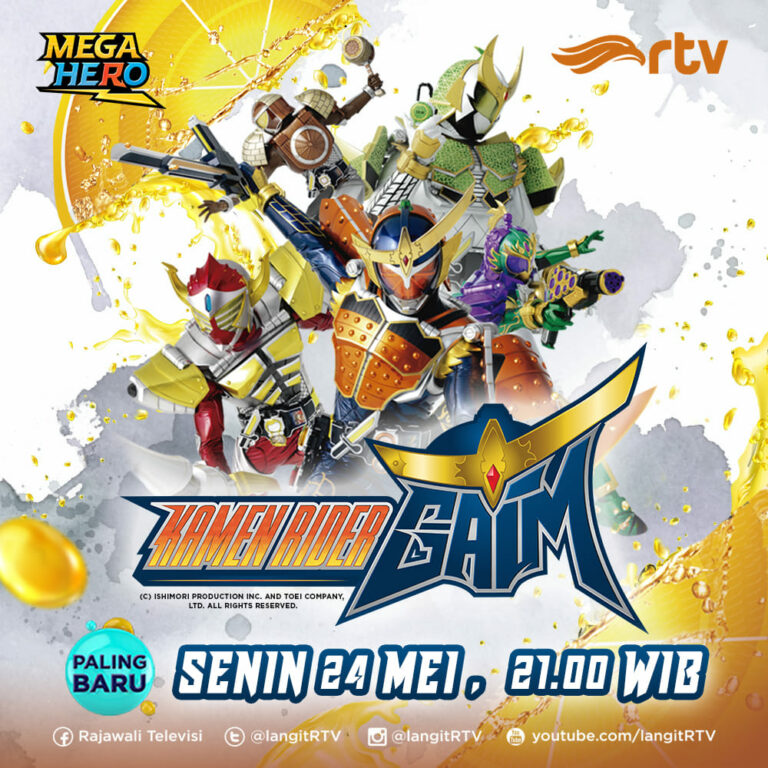 Kamen Rider Gaim tells the story of a young man named Kouta Kazuraba who is part of a dance crew named Team Gaim. Through a mysterious item that’s been all the craze among the feuding dance crews called Lockseeds, Kouta stumbles upon a portal into a mysterious forest infested by monsters called the Invess. Finding the Sengoku Driver and Orange Lockseed there, he transforms into Kamen Rider Gaim and is able to fight the monsters back. Kouta and his friends must figure out the truth behind the Lockseed, and the Invess that are attacking the town through the portals.

RTV has previously aired Kamen Rider Ex-Aid from September to November 2019, Kamen Rider Build from February to March 2020, Kamen Rider Black from August to October 2020, and Kamen Rider Zi-O from March 2021. The shows are also streamed on RTV’s YouTube channels.