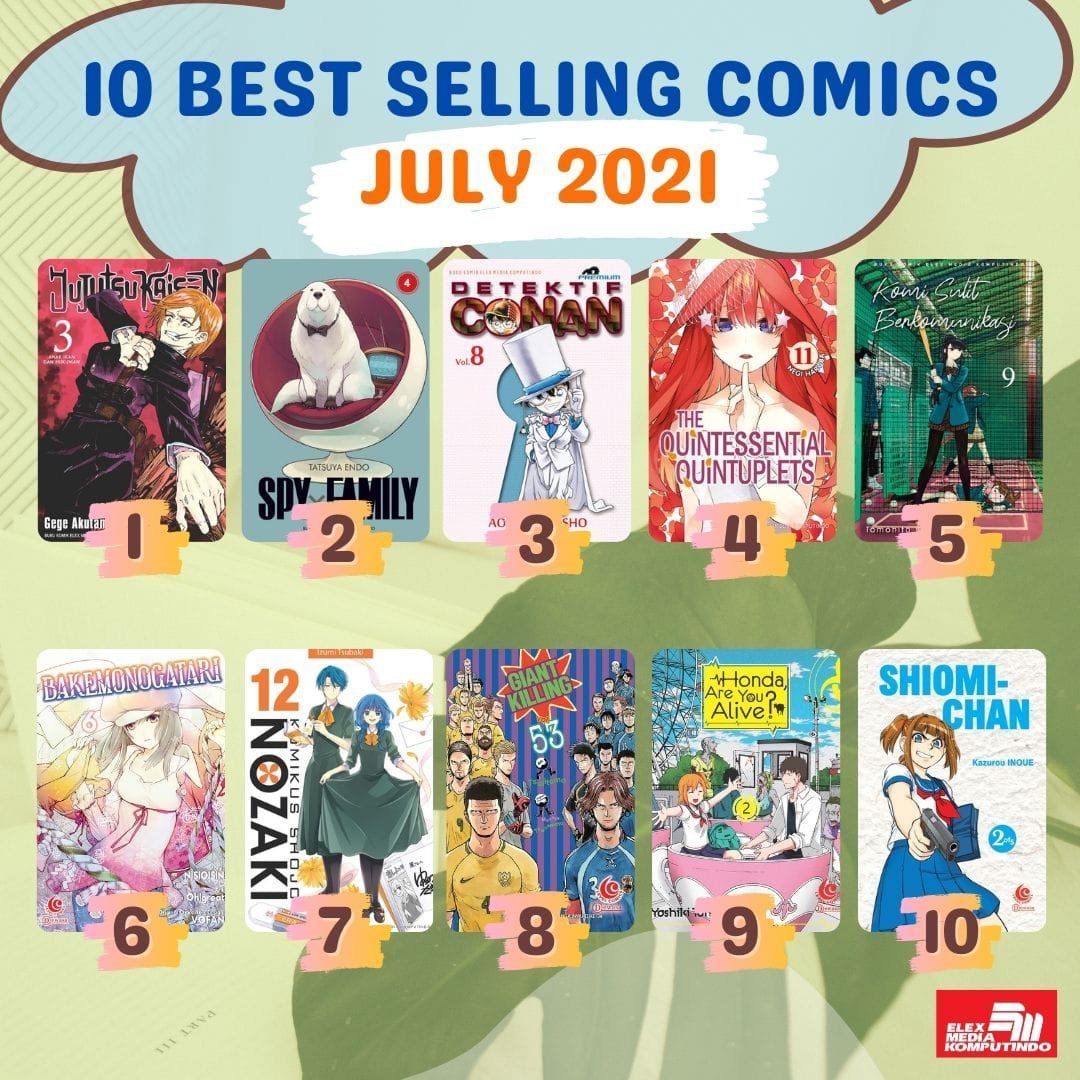 On 3 August 2021, the Twitter account of Elex Media Komputindo‘s editors of comics has posted a list of the publisher’s ten best-selling comic books in the month of July 2021. The third volume of Jujutsu Kaisen takes the top spot of the month’s list.

Here is the full list of Elex Media’s best-selling comics in July 2021:

Jujutsu Kaisen manga tells the story of Yuji Itadori, a student who lives a world where anger, hate, negative emotions from negative energy called Curse, which can bring disaster in the world. Itadori’s life then changed as he becomes a student at a school that trains Curse exterminators. The manga is serialized in Shueisha’s Weekly Shonen Jump and has been collected into 16 volumes at the time of this writing. An anime adaptation began airing in October 2020.