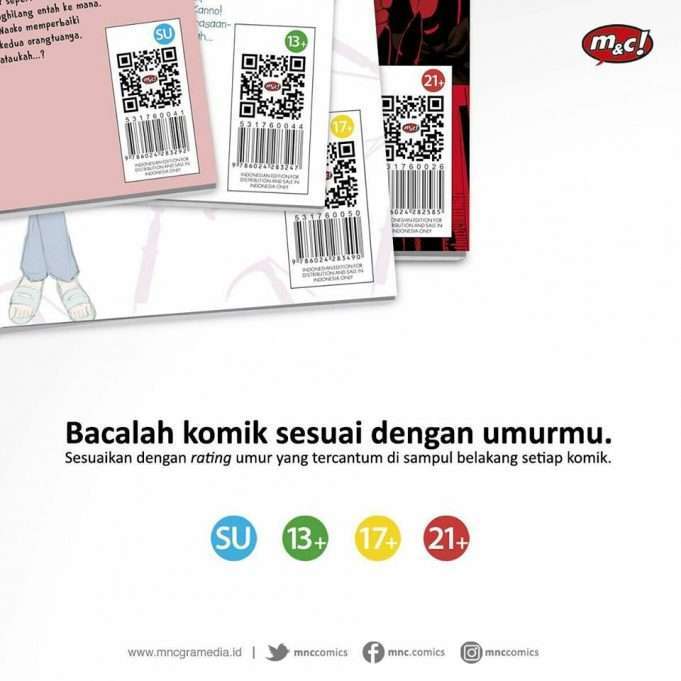 These categories will be placed at the back cover of the comics. m&c! also told readers to read comics based on their ages and the ratings.

Comics in Indonesia has usually been published with the ratings SU (all ages), R (teens) and D (adult).

m&c! is a major manga publisher in Indonesia. As a part of Kompas-Gramedia Group, it has published many titles of foreign comics translated into Indonesian, including Korean manhwa, American comics, and Japanese manga. It also regularly published original comics from Indonesian comic artists. Some famous works that has been published by m&c! are the Miiko series, Tokyo Ghoul, Haikyuu!, Bleach, Sherlock, and many more.