On Thursday (8/6), Indonesian comic artist Sweta Kartika announced on his Facebook account that the romance comic series Grey & Jingga will be serialised in the comic magazine re:ON Comics, as “Grey & Jingga : Purple Sunday“. This series will start its debut in re:ON‘s 28th issue. The series will replace Spalko, a superhero comic that is also created by Sweeta Kartika, which ended its initial run in the 27th issue of re:ON. 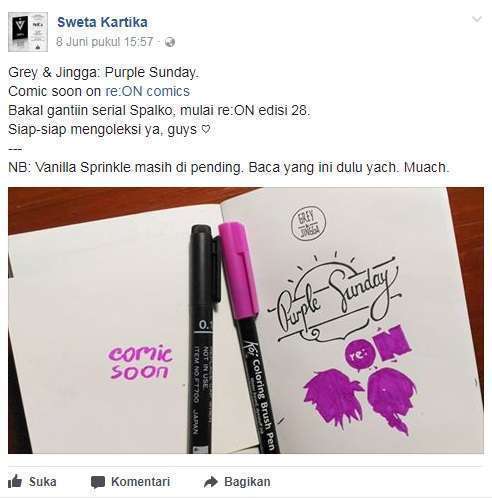 Grey & Jingga is a web comic series by Sweta Kartika which tells the love story of Grey and Jingga, childhood friends who had lost contact with each other, but then met again at the same college when they grew up. Grey is now a student in Music Theory major, while Jingga is a student who participate in the college Theater Troupe. Both Jingga and Grey like each other, but for some reasons, each of them never really tell the other about their feelings. Then a boy named Martin comes by. Jingga sees him as an ideal boyfriend material that she hopes could entice Grey to show his jealousy and be more aggressive to win her affection. But Grey isn’t the type who shows his emotion easily, and instead is trapped in a dilemma with his old love. 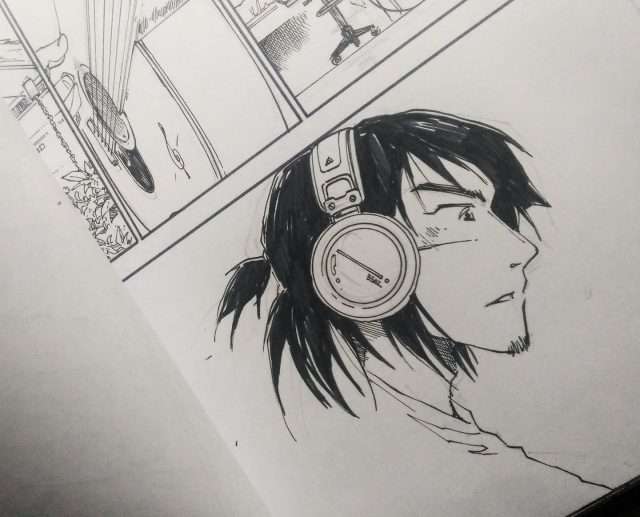 The comic was published in Indonesia by KOLONI, which also published the sequel, Grey & Jingga: Days Of The Violet. This comic can also be read in Japanese through the digital publisher Comic Catapult. Grey & Jingga is also adapted into short animation which can be viewed online on the Kratoon channel, and recently got a Virtual Reality project.

Sweta Kartika is one of the prolific young comic artists in Indonesia. Among his many projects other than Grey & Jingga, and Spalko, he also created the superhero comic Wanara, published by Kosmik and m&c! through the KOLONI label, and the science fiction comic H2O:Reborn, which is published online and can be read in Indonesian at this link, with collected volumes of the comic published in print by Indonesian comics publisher m&c!.

re:ON comics is a periodical comic magazine which features comics by Indonesian creator in many and genres. This magazine is published by PT.Wahana Inspirasi Nusantara and started their debut in Popcon Asia 2013. The magazine publishes new issues every 5-6 weeks at Rp 30.000 (about US$ 2.21). 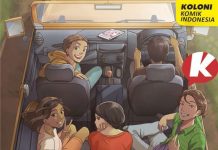