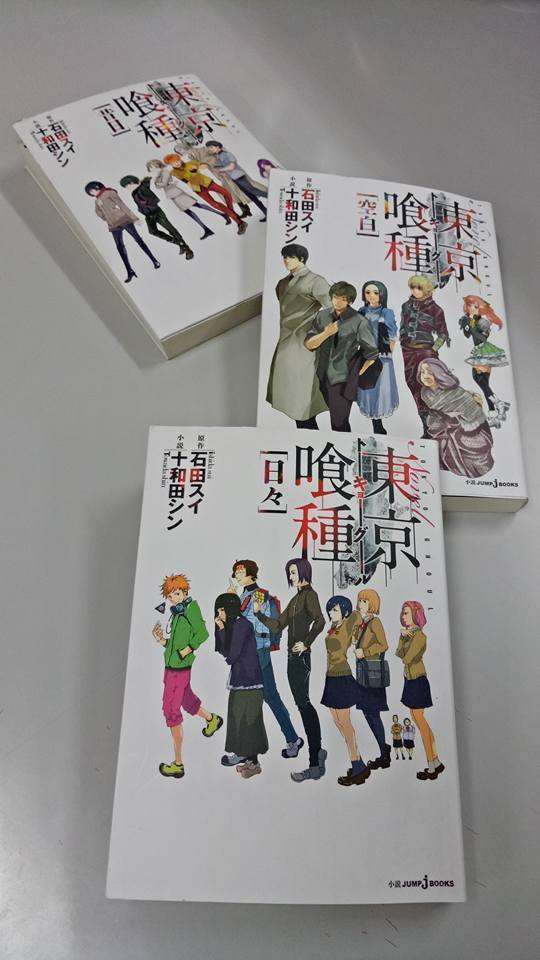 Tokyo Ghoul is a manga series by Sui Ishida. It follows a boy named Ken Kaneki who witnessed a killing by man-eating creatures called ghouls. It was serialized in Weekly Young Jump from September 2011 until September 2014. The light novel version is first published in 2013 as a side story, telling the daily life of humans and ghouls before the event that happened in manga. The story is written by Shin Towada while the illustration is created by Sui Ishida. Tokyo Ghoul also have been adapted into anime by studio Pierrot and a live action film.