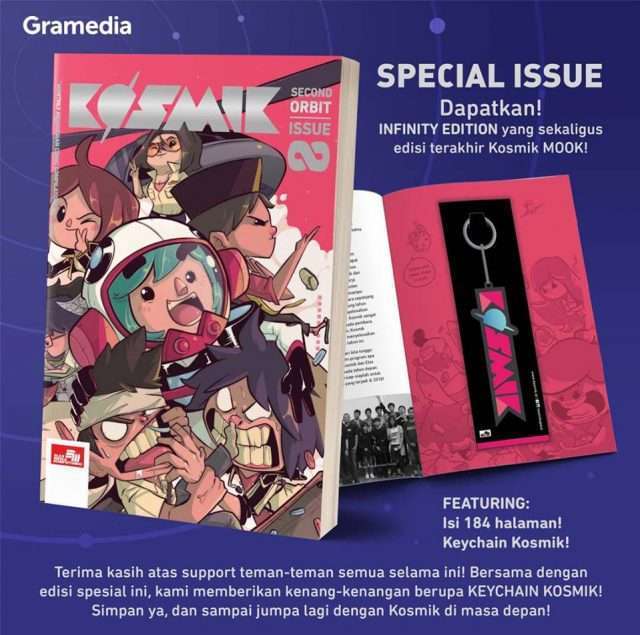 On 18 December 2017, Indonesian comic magazine Kosmik MOOK, announced on its Facebook page that the December 2017 issue of the magazine will be the last issue. Released as Kosmik Second Orbit Infinity Edition on 20 December, the last edition of Kosmik MOOK contains extra pages and special contents. The special contents include special interviews with the artists of the comics in Kosmik MOOK, as well as a special keychain as bonus souvenir.

However, the comics in this magazine will continue to be published as compendium or collected volumes. The comics that have already been released in digital format on Kosmik’s website will also be continued.

Kosmik MOOK is an Indonesian comic magazine debuting in September 2015. Kosmik is the continuation of project MAKKO, an online comic publisher that was active 2011 to 2013. Kosmik’s vision is not only to present entertaining comics, but also to inspire and introduce Indonesian culture to readers, both Indonesian and foreigners. To pursue that vision, Kosmik has promoted Indonesian local culture through titles such as Jamu S.A.K.T.I created by Ockto Baringbing (writer of Galauman). The comics are also available in digital format that can be accessed through Kosmik’s website and mobile application. 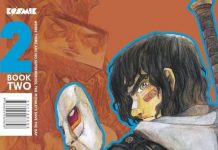 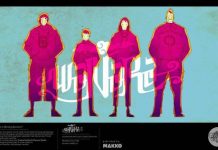 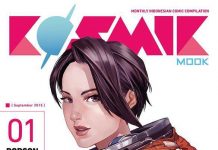