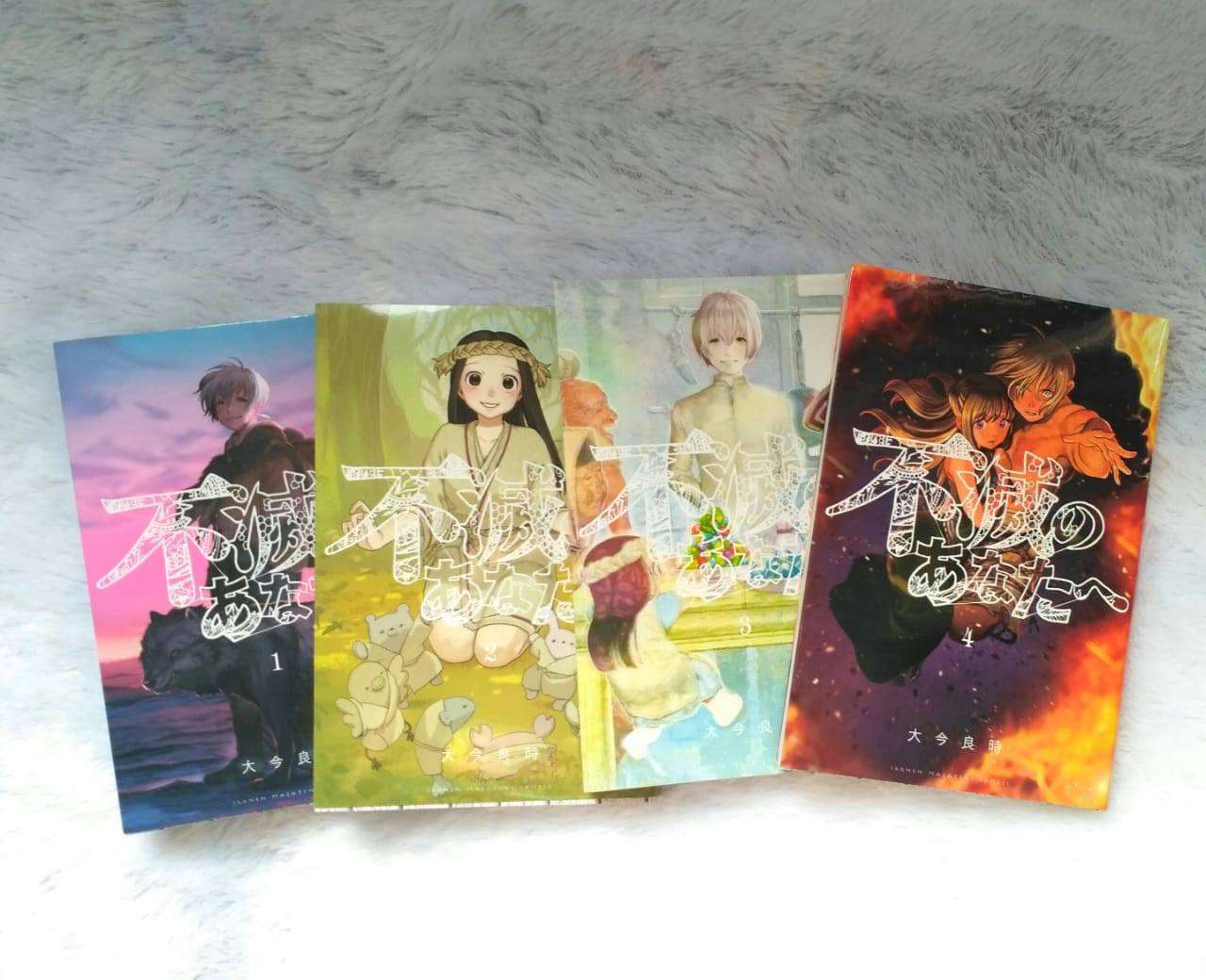 On Sunday (12/8) via their Facebook page, Indonesian comic publisher m&c!, posted a teaser for Yoshitoki Ōima’s Fumetsu no Anata e manga for Indonesian release by posting pictures of some of the of the manga on its post. Further information regarding its release date has not been announced until this article was published.

Fumetsu no Anata e (English: To Your Eternity) is a Japanese manga series written and illustrated by Yoshitoki Ōima, the creator of the manga Koe no Katachi (also known as A Silent Voice or Shape of Voice).  It has been serialized in Kodansha’s Weekly Shounen Magazine since November 9, 2016. m&c! had also previously released Koe no Katachi with the title The Shape of Voice in Indonesia, while the film adaptation from Kyoto Animation was shown in Indonesian cinemas in May 2017.

Here is a synopsis of Fumetsu no Anata e from Kodansha comics which released the manga in English:

A lonely boy wandering the Arctic regions of North America meets a wolf, and the two become fast friends, depending on each other to survive the harsh environment. But the boy has a history, and the wolf is more than meets the eye as well …