Mysteria Academy; a place where Humans, Gods, and Demons come to learn magic and test their skills in a battle. Two princesses, Anne and Grea, are enrolled as a student in the academy.

I have a confession to make: if it weren’t for Granblue Fantasy, I wouldn’t be watching this anime. Manaria Friends tells the story of Anne and Grea, two princesses with different personalities. Anne is portrayed as the cheerful one, while Grea tends to stay away from the crowd, possibly because of her dragon-like features.

One thing I didn’t expect from Manaria Friends is the format: it follows the short 15 minutes long episode instead of full 25 minutes like most TV anime. Manaria Friends also jumps straight to the cut without any proper character introductions, so it might be hard to follow if you haven’t played Rage of Bahamut or Granblue Fantasy beforehand.

The first episode of Manaria Friends is available for free on Cygames’ official Youtube channel (I hope they keep this up for the rest of the show with subtitles), and there’s also an “extra episode” available via Rage of Bahamut/Granblue Fantasy in-game. 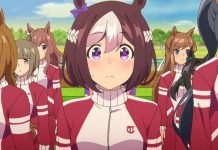 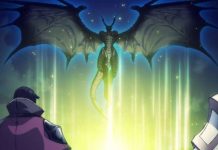 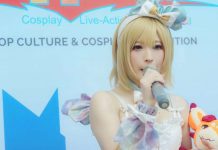