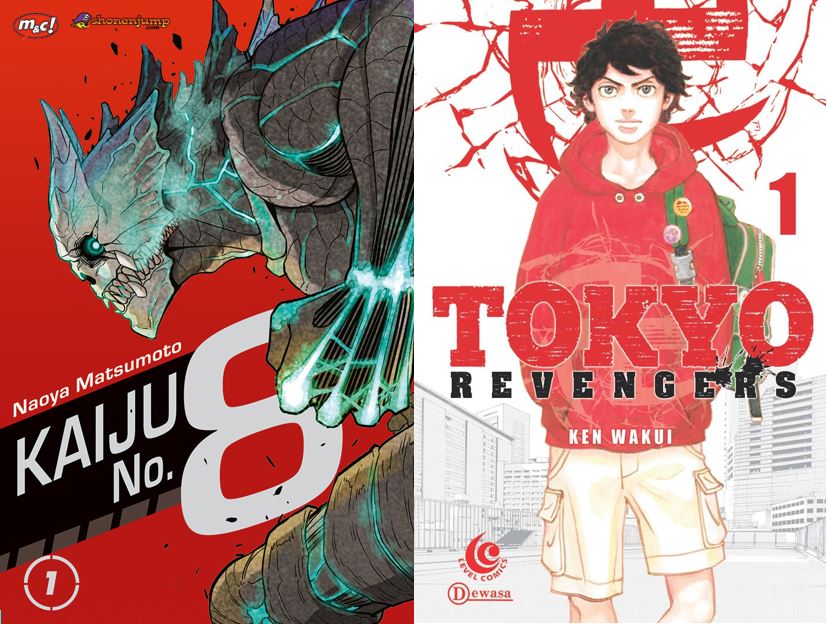 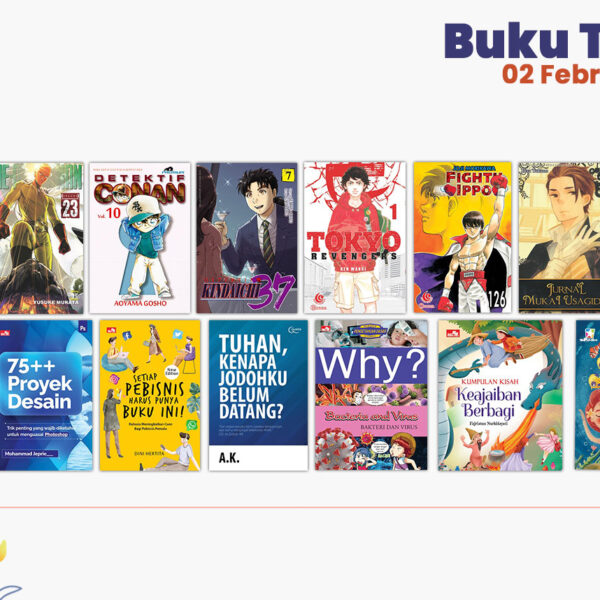 Tokyo Revengers tells the story of Takemichi Hanasaki, a 26-year-old underemployed man who, after being pushed by someone in front of a moving train, was sent back in time to his 14-year-old self. He then tries to save his ex-girlfriend Hinata Tachibana who is going to be killed in the future by the Tokyo Manji gang. The manga is created by Ken Wakui and is serialized in Kodansha’s Weekly Shonen Magazine since 2017.

Indonesian comic publisher Elex Media Komputindo first confirmed the Indonesian release of the Tokyo Revengers manga in September 2021. The announcement comes after Elex Media gauged interest for the title in August 2021. On January 4, 2022, Elex Media announced that the manga will be released on February 2, 2022, under the Level Comics imprint.

Kaiju No. 8 (English title: Monster #8) tells story of Kafka Hibino, a boy who want to join the Japanese Defense Force and fight against kaiju that terrorize Japan. However, he failed at the test and ended up working in a cleaning service company. One day, Kafka suddenly gained the ability to transform into a kaiju after a kaiju attack. Branded as “Kaiju Number 8”, Kafka had to hide his identity while being hunted by the Japanese Defense Force.

Indonesian comic publisher m&c! first confirmed the Indonesian physical release of Kaiju No. 8 on May 2, 2022. In November 2021, The manga is listed as one of the manga that will be released in 2022, along with Oshi no Ko: Anak Idola, Futo Detective, Death Note Spinoff, Frieren: Beyond Journey’s End, and Junji Ito’s Tomie. The manga also available digitally in Indonesia via Shueisha’s Shonen Jump+ application and website.

DISCLAIMER: the availability of books at bookstores/agents may differ from the planned schedule, especially for regions outside of Java island To obtain accurate information regarding the availability of the book, it is advised to contact the Customer Service of your stores of choice for confirmation. For Gramedia bookstores, the contact numbers can be obtained via email