As previously reported, Pionicon has collaborated with a Japanese animation studio, Asahi Production, in an IP development project called Spectra Project. Recently, one of the IPs from that project, The Secret of Aura has been made into a webtoon comic series.

The Secret of Aura is a supernatural romantic-comedy comic. A ghost girl named Aura comes in secret to the human world, accompanied by her partner Cimol, to search for a certain someone.

Pionicon is a company engaged in the field of publishing and managing fictional characters in Indonesia. Some of the fictional characters that Pionicon manages are Si Juki, Tuti, Pavlichenko, Vusya, and Bedil. Pionicon also supports local creators to develop their Intellectual Property through creative and entertaining content such as comics, games, merchandising, animation and more.

Asahi Production is a Japanese animation studio from Nerima, Tokyo. Some of the anime produced at the studio are Himegoto, Pan de Peace!, Million Doll, Super Robot Wars OG, and many more.

The Secret of Aura is a part of Spectra Project launched in 2016, along with Azra and the Minang Family and Play N Boom. Among the three, The Secret of Aura won the polling from Pionicon to decide which IP will receive further development by Pionicon and Asahi Production.

Written by Faza Meonk and Yahya M, and illustrated by Fauzzy Zulvikar and Pierre Rangga D, this comic has been serialized at LINE Webtoon since 17 March 2018. Every new chapter will be updated on Saturday at 10 pm (GMT+7).

The Webtoon can be read here. 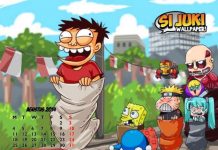 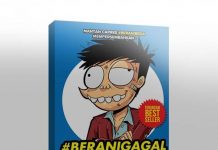